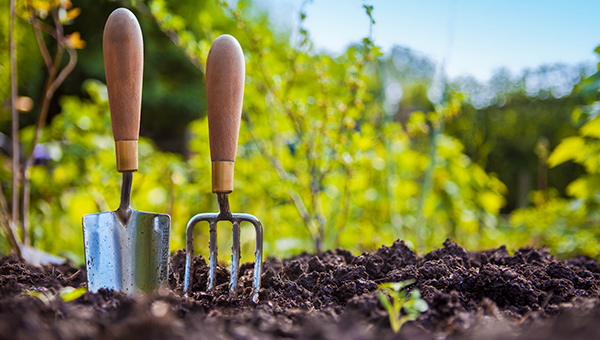 If you’re going to call it ‘top soil,’ it needs to at least have some dirt

I suppose one could say topsoil is like beauty: it’s in the eye of the beholder. I say that because there are quite a few uses of the term topsoil.

Encyclopedic definitions tend to be something along the order of “the outermost layer of soil” or “the upper layer of native soil.”

Some descriptions provide a range of depth which tends to be from two-to-eight inches. Then again, the city of New Orleans is said to sit on top of a 100 feet of topsoil from upstream.

Right here at Vicksburg our two soil types, loess and delta, were once topsoil somewhere else.

We can purchase plastic bags of so-called “topsoil” that has some mighty fine ingredients that help with growing plants but does not contain any real soil. Being a soil purist, I go with the old standby definition that topsoil is the natural upper layer of the earth that contains minerals that came from rocks along with more recently made organic matter from rotted plants and animals.

The other two parts of all soil, air and water, fluctuate with the weather.

There is no legal definition of topsoil. Thus there are products marketed as topsoil, potting soil, garden soil and so forth that do list their ingredients, but there are no universal standards that mandate which is what.

These products are mostly named based on their intended use. Some of them come with pretty precise instructions.

I got a kick out of one recommendation to mix the enclosed “topsoil” with native soil. Excuse my old-fashionedness, but all real topsoil is native soil. But of course, not all native soil is topsoil. Most of it is not. Most is subsoil beneath and much deeper than topsoil, natively speaking.

The most common ingredient volume-wise I see in the various bagged topsoil products is “forest products” or some similar reference to wood processing by-products. Ground-up bark and sawdust allowed to age to the compost state account for most of the forest products in these “soil” compositions.

Some products contain peat or sphagnum moss which, like rotted bark and sawdust, are as natural as it gets and long accepted as good additives for plant growing.

Since the most productive native topsoil does contain a significant amount of organic matter, the decayed wood and moss additives can indeed improve the host root zone soil for plants.

Our local native soil tends to be a tad short in organic matter because heat and a long growing season burns it up faster than in some other climates.

Some of the store-bought combos also contain some sand or vermiculite to keep soil porous. Soil can be fickle: it needs organic matter to hold water in and sand to help drain it out.

Again, calling it topsoil and selling it as such is not wrong per se, but I just think if it is going to be named “topsoil” it ought to at least contain some dirt.

Go online this weekend for some enjoyable romance reads