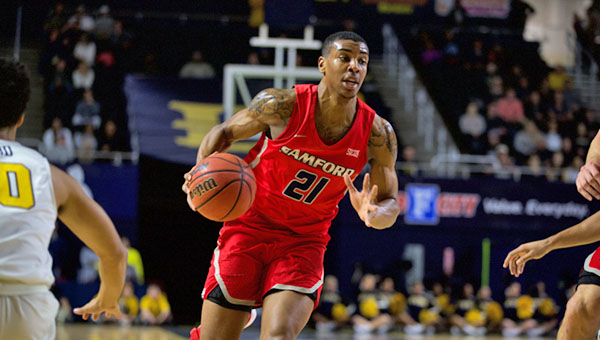 OXFORD — Ole Miss continued to flesh out its men’s basketball roster on Wednesday, as it announced that it has added forward Robert Allen to the team.

Allen is a 6-foot-8 sophomore who is transferring to Ole Miss from Samford. He averaged 12.0 points and 7.7 rebounds per game over the past two seasons for the Bulldogs. He had 11 double-doubles in 65 games.

“Robert plays with an outstanding motor. He is a really good rebounder that has great size and can stretch the floor from the perimeter,” Ole Miss head coach Kermit Davis said. “Robert will bring terrific energy to our gym every single day. I believe we have added two talented guys this spring that truly fit our culture at Ole Miss.”

Allen finished with a team-high 43 blocks through 32 games during the 2019-20 season. He averaged 14.1 points and 7.0 rebounds, ranking second on the team in both categories.

His 1.3 blocks per game was third in the Southern Conference, while his rebounding average ranked fifth. The Orlando, Florida, native shot 43.0 percent from the floor and knocked down 32 3-pointers as well.

Allen and Vaughn bring more athleticism and experience to the group of newcomers that also includes Jarkel Joiner, Shon Robinson and Matthew Murrell.

Joiner, an Oxford native who led the Western Athletic Conference in scoring (18.6 ppg) during the 2018-19 campaign, is eligible to play this season after sitting out the 2019-20 season following his transfer from Cal State Bakersfield.

A top 100 recruit who reclassified to the 2020 class, Robinson redshirted his first year on campus and will use his 6-foot-11 frame to add size in the post.

Murrell, the No. 38 recruit in the country, will be an incoming freshman after spending his high school senior season at IMG Academy.