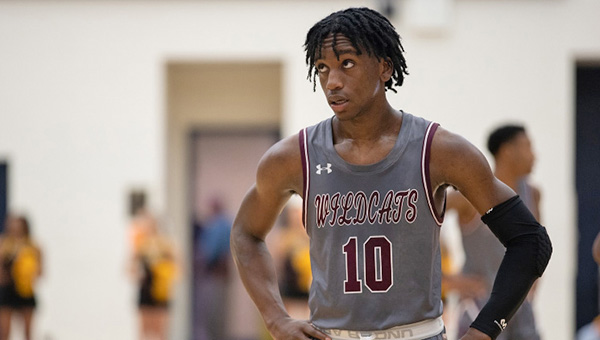 HATTIESBURG — Southern Miss filled out its men’s basketball roster by signing five players on the first day of the spring signing period on Wednesday.

Hardy was an NJCAA All-American this season at Pearl River Community College. He averaged 16.6 points, 3.7 assists and 3.6 steals per game on 52.1 percent shooting for the undefeated Wildcats, and also had a 4.0 GPA during the fall semester while majoring in computer science.

The Georgia native played in 23 games at East Carolina in the 2018-19 season before transferring to Pearl River.

“I couldn’t be more excited to have a young man like Tae Hardy. He’s a high-character young man and floor leader, which is what you look for in a point guard,” Southern Miss head coach Jay Ladner said. “He brings so much to the table.”

The other four Southern Miss signees are all incoming freshmen.

Belton is a three-star recruit who was rated as the No. 42 center nationally. The 6-foot-10, 275-pound center spent the last two years at Moravian Prep in North Carolina.

Jaakson is a 6-7, 200-pound guard from Get Better Academy in Tallinn, Estonia. He averaged 11.3 points, 4.5 rebounds and 2.5 assists per game last season and was teammates with Southern Miss sophomore forward Artur Konontsuk.

“Mark is a young man that we identified last year. He played at the Get Better Academy, which is the same program as Artur Konontsuk. He couldn’t come last year, but he’s a skilled 6-foot-7 guard that can shoot the ball,” Ladner said. “Mark is athletic and gives us a long-range scoring threat opposite (LaDavius) Draine that can put the ball in the basket. He’s a high-character guy, which is the type of kid we are looking at.”

Pierre is from St. Augustine High School in New Orleans and was the No. 4 ranked player in Louisiana by MaxPreps.com. He earned first-team All-State honors by averaging 27 points, 7.0 rebounds, 4.0 assists and 2.0 steals per game.

“Jaron is a player that will put a lot of smiles on fans’ faces. He’s long, athletic and the best player out of the New Orleans area and Catholic League, which produces some great players,” Ladner said.

The fifth signee, Roberts, is a hometown prospect from Oak Grove High School in Hattiesburg. The 6-foot-2, 180-pound guard averaged 10.6 points per game last season and has a 4.0 GPA. His father, Lee, was the starting quarterback for Southern Miss’ football team in 1996 and 1997.

“Blake fits the mold of what we want in our basketball players. He has great character, is a serious student, hard-nosed, tough and dedicated,” Ladner said. “Blake has strong Southern Miss lineage and can really shoot it. We look forward to great things from him.”

Hinton: MHSAA ‘held on as long we could’

Don Hinton bristled just a bit at the suggestion that the Mississippi High School Activities Association’s decision to cancel the... read more