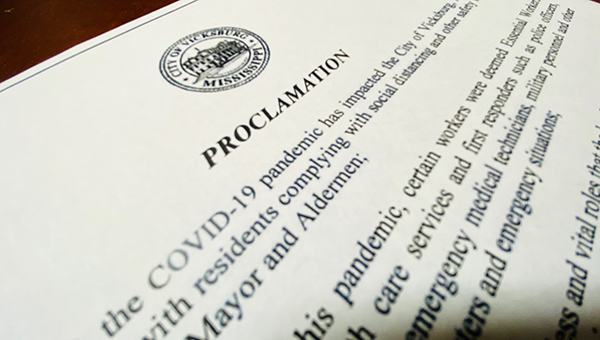 The Board of Mayor and Aldermen Monday expressed its appreciation for the city’s healthcare workers and first responders, proclaiming this week as “Health Care Workers and First Responders Appreciation Week.”

Flaggs said the proclamation “was to honor the health care workers and first responders for the work they’re doing as the first line (against the disease).”

According to the proclamation, “During this pandemic, certain workers were deemed essential workers including those providing health care services and first responders such as police officers, firefighters, deputies, paramedics, emergency medical technicians, military personnel and other personnel required to respond to disasters and emergency situations.”

Restrictions placed on the size of gatherings as part of the response to the spread of the COVID-19 virus has... read more