No free physicals for high school athletes, for now

High school athletes at Vicksburg and Warren Central will not need to get new physicals to participate in tryouts for the 2020 fall sports season, but might want to make their own arrangements for physicals that cover the entire 2020-21 school year.

The Mississippi High School Activities Association has voted to extend the validity of 2019 athletic physicals through June 30 to cover the summer workout and tryout period. Physicals normally expire at the end of the school year, and are required to participate in any high school sport or activity.

Any athlete that did not have a physical after April 1, 2019 will need one to participate in tryouts. All athletes must also have permission and concussion forms, which are available online at vwsd.org.

The MHSAA has suspended all competition and practices until June 1, but currently plans to allow teams to begin summer workouts after that date. Tryouts for all sports at Vicksburg High and Warren Central will take place during the month of June. 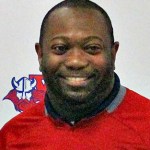 The extension on 2019 physicals was necessary because the COVID-19 pandemic disrupted the normal process. MHSAA schools have typically partnered with local hospitals or Mississippi Sports Medicine in Jackson to schedule free physicals in April or May. Several hundred athletes from Warren County’s four high schools would flow through Merit Health River Region on a Saturday morning for their physicals. The sessions not only help with organization, but ensure that nearly every athlete who wants to play has easy access to a physical.

With the COVID-19 virus forcing hospitals to focus their efforts on other matters — as well as restricting large gatherings — that is not possible at the moment, Vicksburg Warren School District athletic director Preston Nailor said.

“We partner with River Region Merit Health. They’ve been helping us the last three years, and the coronavirus has thrown a hitch in that. We hate that we cannot offer free physicals,” Nailor said.

Nailor said he is hoping a mass physical session can be scheduled later in the summer, possibly in July, but there are no firm plans yet. That means athletes need to get physicals through their own family doctors before preseason practice begins in late July to ensure they are in compliance with MHSAA rules.

Nailor said he also is working with local health care providers to take care of students who do not have a regular doctor or cannot afford to get a physical. Again, however, nothing has been arranged just yet.

Athletic physicals screen for conditions that might put athletes at risk of serious injury during periods of extreme physical exertion.