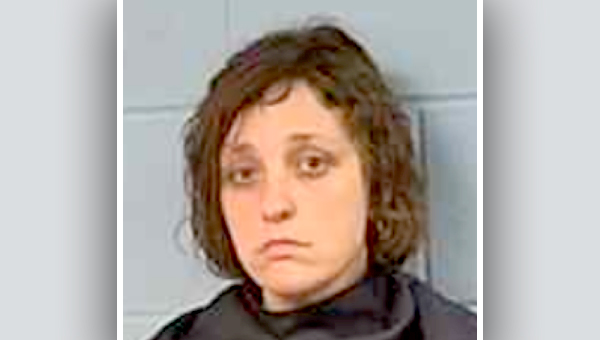 Yet another stop for a possible curfew violation has resulted in a drug-related felony arrest.

Early Monday, 33-year-old Felecia Ezell, of Vicksburg, was a passenger in a vehicle stopped for a curfew violation.

During the stop, Ezell was found to be in possession of cocaine and methamphetamine, along with a misdemeanor amount of marijuana.

She was charged with possession of cocaine and possession of methamphetamine. She appeared before Judge Angela Carpenter in Vicksburg Municipal Court Monday. Her bond was set at $60,000 and her case was bound over to the Warren County grand jury.

• On Saturday, at 12:04 p.m., officers responded to New Main Apartments, 2727 Alcorn Drive, in reference to a burglary. The victim reported someone broke into an apartment through the front door and stole a 55-inch smart television.

• On Saturday, at 9:07 p.m., officers responded to the 3000 block of Drummond Street in reference to shots fired. The complainants reported a man fired two-to-three shots in the ground due to their dog rushing toward him and his dog.

• On Sunday, at 10:06 a.m., officers responded to Finney Street in reference to shots fired. No suspicious activity and no evidence of shots fired were found.

• On Sunday, at 2:25 p.m., officers responded to an address in the 1900 block of  Martin Luther King Boulevard in reference to a burglary. The victim reported someone broke into their home and stole $2,000, a Ruger .22 caliber rifle and a .38 caliber handgun.

• On Sunday, at 3:26 p.m., officers responded to King’s Self Storage, 1900 South Frontage Road, in reference to a theft. The victim reported someone broke into his travel trailer. Three Vizio 42-inch televisions, a Mossberg shotgun and a Shark vacuum cleaner were taken.

For the better part of 45 years, Patricia Johnson has helped nurture thousands of children from two and almost three... read more