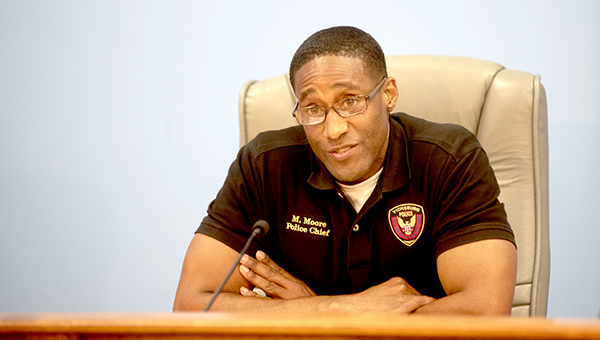 Traffic stops during curfew hours are leading to arrests, other charges

As of Monday morning, more than 100 people have been charged with violating the city’s general public curfew that is part of the city’s civil emergency declaration.

According to records from the Vicksburg Police Department, some of the traffic stops for curfew violations have also resulted in arrests on other charges.

The curfew was part of an emergency declaration approved March 22 by the Board of Mayor and Aldermen out of concern for the spread of the COVID-19 virus.

The curfew, which goes from 11 p.m. to 5 a.m. each day, went into effect March 25 and was part of the city’s shelter-in-place order.

Since the curfew has been in effect, Vicksburg Police Chief Milton Moore said, officers have seen a reduction in crime in the city.

“There’s not a lot of traffic now, and the people are not getting out like they once were, so we’re seeing a slight decrease in property crimes,” he said.

Moore said the police department’s efforts have been commended by residents.

“People have expressed appreciation to the department for enforcing the curfew because it seems a lot quieter now; there’s not as much traffic and not as many people hanging out,” he said. “We’ve gotten several compliments on us enforcing the curfew.”

If there have been any surprises, Moore said, it’s been the number of DUI arrests officers have made during the curfew.

As of Monday, officers have made nine first-offense DUI arrests, one arrest for second-offense and another for third-offense DUI since the curfew has been in effect.

“That’s quite a lot, especially knowing there’s a curfew and no one should be out after those hours,” he said.

He said the officers are surprised people are driving around town after curfew knowing they will be stopped. The emergency declaration outlines what type of travel is allowed under the curfew.

“My officers have been instructed to stop every car moving,” he said. “We’re going to find out why you’re out that time of night, so we’re going to ask you questions.”

And the stops have yielded arrests for other crimes besides DUI.

As of Monday, police have made 15 narcotics arrests, issued a total of 34 warrants from the city and Warren County for felony and misdemeanor charges, cited four open container violations and made five arrests for failure to yield to an emergency vehicle.

Other arrests include possession of a firearm by a convicted felon, possession of a stolen firearm, public drunk, indecent exposure, domestic violence and disorderly conduct.

“It’s (the curfew) been very helpful getting these criminals off the streets,” Moore said.