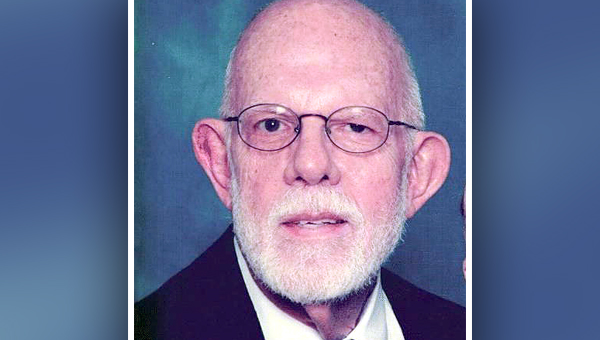 Charles Richard “Dick” Crosby, 85, of Charleston, S.C., husband of Wynona “Nonie” Gillmore Crosby entered into eternal rest Tuesday, April 28, 2020. Dick was born July 15, 1934, in Oklahoma City, Okla., son of the late Charles Leonard Crosby and Frances Fisher Crosby. He was the oldest of three children and grew up in Vicksburg.

Dick was a graduate of Louisiana State University receiving a BS, MS, and Ph.D. in Physics. Dick worked for Texas Instruments in Dallas for several years before coming to the College of Charleston in 1972. He helped to bring the College into the computer age by establishing the Computer Science Department. In addition to teaching courses, he was the Department Chair for many years. In the year of his retirement in 2000, he endowed and established the C. Richard Crosby Distinguished Teaching Chair of Computer Science.

In 1971, Dick and his bridge partner won first place in the Charles Goren Intercollegiate Bridge Final. He continued to coordinate and play bridge weekly at First (Scots) Presbyterian Church where he was an active member. He enjoyed going to Scotland and Ireland to play golf with his friends. Dick and Nonie enjoyed domestic and international travel and went on many trips with friends Carla and Gary. One of the most memorable trips was to the Galapagos Islands. He also enjoyed attending the Charleston Symphony Orchestra concerts for over 30 years. Dick was a loving husband of Nonie Crosby for 26 years and close friend for many more. A special thanks to his caregivers who provided care, support, and friendship to Dick and his family throughout his life.

He is survived by his wife, Wynona Crosby; sister, Carolyn Crosby Buchannan (John) of Delta, Ala.; brother James Ronald Crosby of Lineville, Ala.; step-son Joe Mills (Jennifer) of Charleston, S.C.; sister-in-law Betty Jo Haynie of Montrose, Ala.; nieces Connie Cloyd (Barry) of Mt. Juliet, Tenn. and Maya Lee of Lineville, Ala.; and a nephew, Christopher Whitehead (Chrystal) of Fayetteville, Ala.

A Celebration of Life Service for Dick will be held at First (Scots) Presbyterian Church on a date to be determined in the future. Arrangements by J. Henry Stuhr, Inc. Downtown Chapel. A memorial message may be sent to the family by visiting our website at www.jhenrystuhr.com.