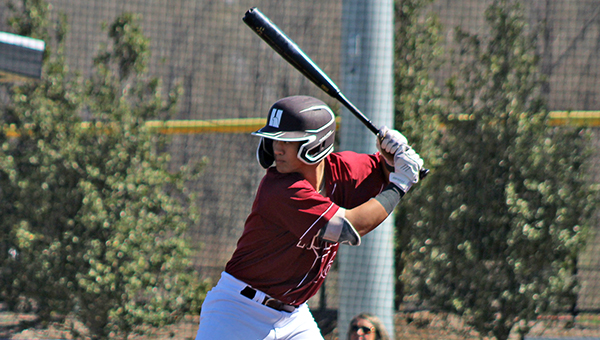 Major League Baseball might play games without fans this summer. It’s unclear when minor league baseball will come back. The college season was canceled weeks ago.

For now, at least, sports fans in Vicksburg might have at least one option this summer for seeing high-level baseball.

Sports Force Parks on the Mississippi is planning to host the Magnolia Stix College Developmental League beginning in June. The wood bat league is for college and junior college players — or high school players moving up to the college level — from across the south.

Will Spence, the regional director of Sports Force Parks, said the league had been planned before the coronavirus pandemic shut down sports all over the country, but also said it was a good opportunity for college players to get back on the field after their seasons were canceled.

“We always looked at it as during the summer months, we put other events in the park besides the youth tournaments and we wanted to see what we could do. In our other park in Ohio we had a wood bat league that traveled and an on-site developmental league as well, and we thought that would work well here,” Spence said.

The league is scheduled to begin play on June 21 and continue until July 31. There will be a player assessment period June 17-19 to place players on teams. Those dates are, of course, dependent on local and state restrictions on large gatherings and public activities being lifted or at least eased. Sports Force Parks is currently closed under shelter-in-place orders by the state of Mississippi and the City of Vicksburg.

Based off of current information, Spence believes the park can reopen by the end of May. When it does, he said the staff would follow all appropriate local and state guidelines to keep players and fans safe. Prior to shutting down in late March, Sports Force Parks had put in place policies to keep fans a safe distance from each other and to clean public areas on a regular schedule.

“We in the sports park business are like anybody else. We’re using county, state and local guidelines,” Spence said. “We’re confident based on what we’re seeing right now that we’ll be open and operational. We’ll put things in place to ensure everybody is safe.”

Unlike some of the more famous summer wood bat leagues such as the Cape Cod or Northwoods Leagues that house players with host families, the Magnolia Stix League will be an “on site” league. That means players will commute to games and practices throughout the summer, and the league will likely draw its talent from Mississippi and surrounding states.

Spence hopes to have about a half-dozen teams of 25 players each, and said early feedback has been good. Registration for the league is open until May 23. There is a registration fee of $600 for position players, and $350 for pitchers only.

“We can’t have just two teams, because we don’t want them to just play each other, so we’d like to have four to six teams. The more teams we get, the more we can do. If we get eight, even better. I think we can go up to 12,” Spence said. “Alex Gunn and Nick Gibbert, the two main guys at the park, both played college baseball and are well-connected there. The college coaches are excited about it because it’s a chance to get their players playing time, which they haven’t had.”

The tentative schedule has teams playing as many as 30 games over the course of five weeks. Games will be played on weekdays and evenings.

Hinds Community College head coach Sam Temple, a Vicksburg native, said he was excited about the opportunity the wood bat league will give players. There have been some semi-pro wood bat leagues in and around Mississippi, but no summer leagues specifically for college players.

“We all hope this can happen. So much is unknown right now. Everybody is optimistic. For this area, the Jackson Metro and Central Mississippi, at least for the college-age players, they have not had much. Nothing like this,” Temple said. “It’s a great benefit for young men that want to play.”

Temple also said the league would provide a fertile scouting ground for junior college coaches and those at four-year schools looking for some hidden gems. Many of them lost valuable recruiting time when the second half of Mississippi’s high school baseball season was canceled, and because of NCAA and NJCAA restrictions.

Active college coaches are prohibited from coaching during the summer, but they can still attend games provided either the NCAA or NJCAA loosen recruiting rules by then. The sanctioning bodies have forbidden in-person meetings with recruits until at least mid-May because of the coronavirus threat.

“Any time young men are playing, especially in a league that is going to have a lot of talent, it’s appealing for recruiters at all levels,” Temple said. “What an opportunity for young men to play. Hopefully by that time things will have gotten to the point that there is an opportunity to do it. What a great idea.”

Spence is hopeful that the league will gain a foothold this summer, and continue to grow. He’s also hoping Vicksburg embraces the league, and the opportunity to see some talented players return to the field after a spring like no other.

“I think we all are looking for some sense of normalcy. Baseball has always been the great equalizer. Whenever there has been difficult events, baseball and sports in general has always been what seems to bring us back,” Spence said. “As long as we can do it on our end, this is a great opportunity for people to see somebody play baseball at a high level.”