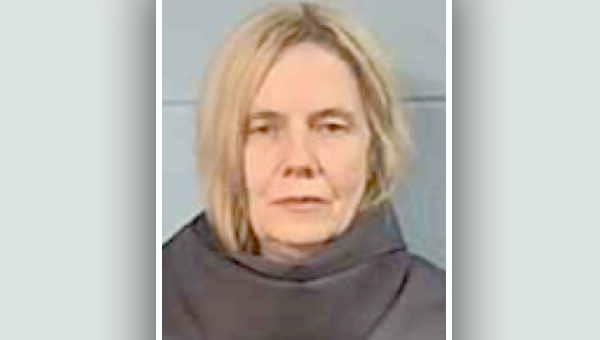 A woman wanted for a parole violation in Kentucky was arrested early Monday in Vicksburg.

During the stop, officers discovered Roberts was wanted by the Kentucky Department of Corrections for a parole violation. She is currently awaiting extradition.

According to the Kentucky Department of Corrections, Robert’s was listed as having been convicted in August for one count of bail jumping first degree, second-degree forgery and theft by “unlawful taking or disposition of more than $500 and less than $10,000.”

• On Friday, at 8:04 a.m., officers responded to a home on the 700 block of Beresford Street in reference to a theft from a vehicle. The victim reported a Taurus .380 handgun was stolen out of the console of her car.

• On Saturday, at 10:20 a.m., officers responded to Atwood Motors, 2339 North Frontage Road, in reference to an auto burglary. The victim reported someone broke into his white 1998 Chevrolet truck. A silver HP laptop, a black Lacoste bag, football equipment, clothes, shoes and loose change were taken. The vehicle had been left unlocked.

• On Saturday, at 3:24 p.m., officers were dispatched to Walgreens, 3341 Halls Ferry Road, in reference to an auto burglary. The victim reported someone had broken the driver’s side window out of a Mercedes SUV GLE 400 and took a Michael Kors wallet from under the driver’s seat. The suspect went to the Dollar General on Pemberton Square Boulevard and tried to make a purchase of $55.81 on a debit card, but the card was canceled before the purchase went through.

• On Sunday, at 10:23 p.m., officers responded to the area of Alfa Drive in reference to shots fired. Officers checked the area and did not find any signs of shots being fired.

An on-going investigation by the Vicksburg Police Department resulted in an arrest Thursday and the confiscation of drugs, a gun... read more