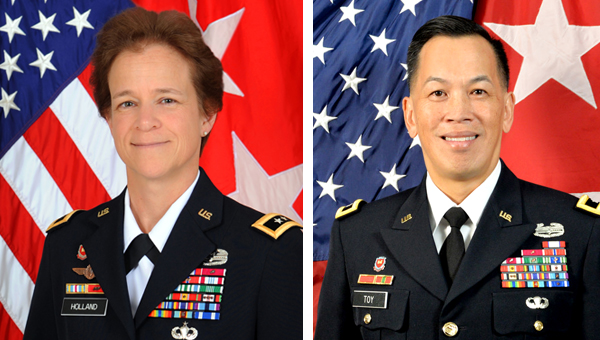 A change of command ceremony is scheduled for June 30. The ceremony will be closed to the public but will be streamed live through the Division’s Facebook page.

Holland has been commander of the South Atlantic Division since 2017.

She is a native of Santa Barbara, Calif., and graduated from the United States Military Academy. She was commissioned as a second lieutenant in 1990.

Toy took command of the Mississippi Valley Division in July. He replaced Maj. Gen. Richard Kaiser, who commanded the Division for three years and left to serve as deputy commanding general and deputy chief of engineers for the U.S. Army Corps of Engineers in Washington, D.C.