STARKVILLE — Mississippi State’s men’s basketball team has added one of the top in-state recruits to its 2020 signing class.

Mississippi State announced that Forest Hill High School’s Keondre Montgomery has signed his letter of intent to play with the Bulldogs next season.

Montgomery averaged 20.0 points and 6.0 rebounds per game as a junior. He captured a pair of All-State First-Team selections and is a two-time honoree on the Clarion-Ledger’s “Dandy Dozen” list of the best players in Mississippi. 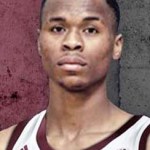 Montgomery was invited to the Nike Elite Top 100 camp and also was recruited by Ole Miss, Seton Hall and Wichita State among others.

“Keondre is a great addition to our basketball family and already possesses an excellent offensive skill package,” Mississippi State head coach Ben Howland said in a statement announcing the signing. “He’s an outstanding 3-point shooter, a strong finisher at the basket, and can create for others. When I watch Keondre on film, I see his love for the game of basketball. He plays hard on both ends of the floor and plays with a good intensity level. I look forward to seeing his continued growth and development as a player in our program.”

Montgomery is the fourth player to sign with Mississippi State during the spring signing period.

Smith is an ESPN Top 65 recruit, while Montgomery and Matthews are rated the state of Mississippi’s top two prospects for the Class of 2020.

Warren Central’s softball team was having a dream season. The Lady Vikes were 11-0, scoring nearly 12 runs per game,... read more