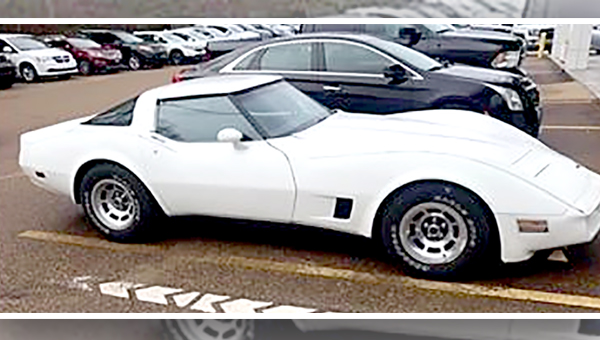 Investigators with the Vicksburg Police Department are asking for the public’s help in locating a white 1980 Chevrolet Corvette reported stolen Monday from a local car dealership.

In mid-April, officers with the Vicksburg Police Department responded to George Carr Buick-Cadillac-GMC in regard to the attempt someone made to steal a 1980 Chevrolet Corvette from the dealership’s backlot.

Monday, officers were called again, this time to take a report that someone had actually stolen the same vehicle.

At 7:42 a.m., officers responded to the dealership on South Frontage road in reference to the stolen vehicle. They also took a report from the dealership on parts that were stolen off of several other vehicles.

Anyone with information is asked to call the Vicksburg Police Department at 601-636-2511.

With more than a month to go before the rescheduled 2nd Congressional District Republican primary runoff, local election officials are... read more