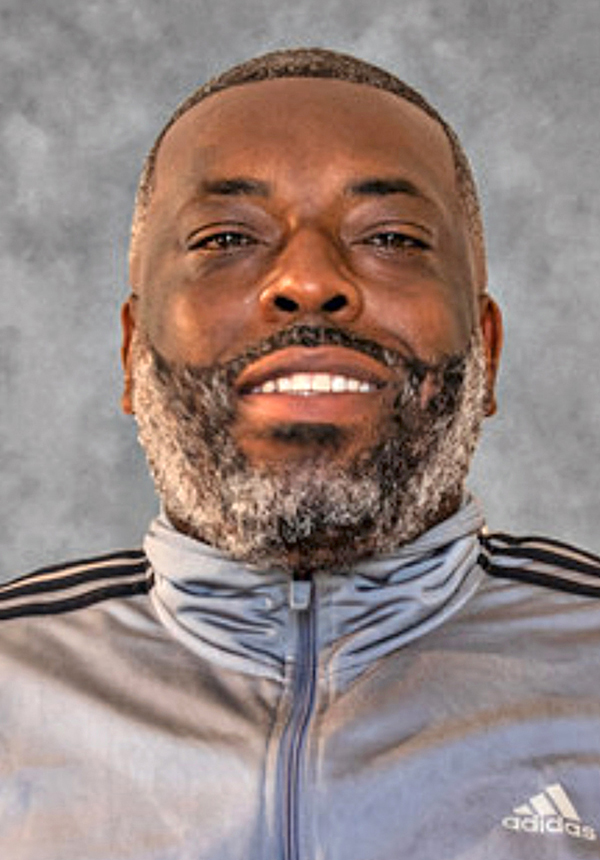 Kevin Larry, a Vicksburg native and graduate of Vicksburg High, has been hired as the head coach of Alcorn State’s women’s soccer team. (Alcorn State Athletics)

Last April, Kevin Larry interviewed for a job as a head coach with a Division I soccer program. It went well enough that he celebrated with a quick island vacation.

“The next week I went to the Bahamas and partied, because I just knew I was coming back to the States to start a new job,” he said with a regretful chuckle.

The celebration quickly turned into disappointment when someone else was hired, but it also put Larry on the path to something better.

The Vicksburg native instead landed an assistant coaching position at Jackson State, which he has now parlayed into his first head coaching job as the leader of Alcorn State’s women’s soccer program. The university announced his hiring on Thursday.

“As someone who grew up playing soccer in Vicksburg, this is my first love, and being able to come back to the area where I started learning the craft, it’s a bit surreal,” Larry said. “But I’m excited. I’m nervous, but I’m anxious to get started, and I’m determined to succeed in this journey.”

Getting hired by Alcorn returns Larry to his roots and brings full circle a 25-year journey through the soccer world.

After starring at Vicksburg High, Larry headed to Los Angeles upon graduating in 1996. He went to El Camino College, but his soccer career never took off as a player.

“I moved to L.A., chasing the soccer dream, thinking I was on the road to becoming a superstar. Once I moved to L.A., reality set in that I wasn’t as good as I thought I was,” Larry said. “Soccer in California is a lot different than soccer in Mississippi.”

Larry worked at a job in video integration for a few years, but found the busy travel schedule draining and the work itself unfulfilling. So in 2008 he fell back on his past and embarked on a second career coaching soccer.

Larry got his foot in the door with several club teams in the Raleigh, North Carolina, area, and then landed a volunteer assistant’s position at the University of North Carolina in 2013.

From there he moved on to Shaw University in Raleigh as an assistant men’s and women’s coach from 2015-18, and then to Jackson State as an assistant with the women’s team in 2019.

Larry interviewed for a couple of head coaching positions along the way, but was turned down each time. When he finally received the call from Alcorn presenting him with the job offer, he was both elated and relieved.

“It felt like a weight had been lifted off my back, especially in an area I am familiar with where so many of my close friends that I grew up with in Vicksburg and know how passionate I am about soccer and have seen me grind,” Larry said. “They’ve heard me talk about it over the years, and to see me land on my feet as the head coach of Alcorn, they’re happy that I can come back home, it was a plethora of different feelings.”

Larry is the sixth head coach Alcorn has had since the women’s soccer team was started in 2003, and he’ll try to succeed where the first five have largely failed.

Larry, who observed Alcorn from afar during his season at Jackson State, said injuries and depth played a big part in the Lady Braves’ record.

“It wasn’t as bad as one might think with a 1-15 record,” he said. “Confident as I am, I felt like I could come in and make a difference, and that’s why I took the job.”

The first step toward turning things around, he said, was in trying to build a culture of success. He has some recent experience with that — Jackson State finished 8-12 last season, after winning only two games in 2018.

“When you’re trying to build something from the ground up, you have to establish a culture,” Larry said. “These young ladies have to feel that they belong and are wanted, and are given the same attention and resources as some of the other programs at Alcorn. That starts with building a culture, so when they tell their friends about Alcorn State University it is the place to be. That starts with me, and the players that I have now. They’re the ones that are going to right that ship.”

Last summer, Kameron Jones and a few other Vicksburg High baseball players took a road trip to Texas for a... read more