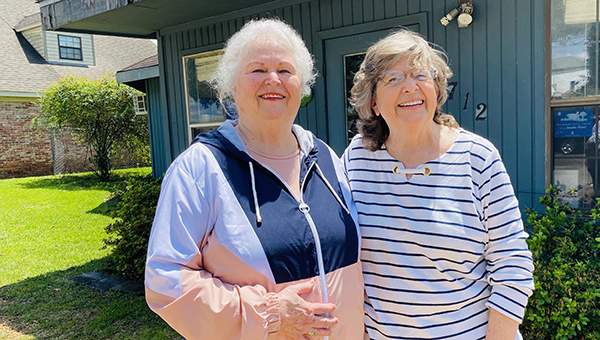 It was on a “whim” that Dell Rogers began offering preschool programs to locals.

After the birth of her son, Park, the former school teacher was in need of help and instead of hiring a babysitter she opened Colonial Day School for children not yet old enough to attend school.

Small World, a facility geared toward babies, was later added.

Now, after 50 years of offering “enrichment programs” to preschoolers, Rogers and co-owner Linda Bryant are stepping away from their business.

Rogers and Bryant admit they had been discussing retirement, and as a result of COVID-19 and the fact daycare facilities had to close due to the pandemic, the women said this just seemed like the right time. They will not be re-opening Small World and Colonial Day School.

When Rogers started Colonial Day School, it began as what some would now call a mother’s day out program.

In an era when many moms did not work outside the home, from 9 a.m. to 2 p.m. once a week, Colonial Day School offered these women a little free time.

“This gave mothers a chance to get out,” Rogers said.

By her third year, Colonial Day School had gained so much popularity, Rogers said, she had 125 children enrolled in the program, with different age groups coming different days of the week.

Prior to moving to the current facilities on Belmont Street, Rogers ran the school out of Christ Episcopal Church on Main Street.

“We decided together there needed to be a place for infants and toddlers in Vicksburg. When we started back in the ’70s not many mothers were working, but then things changed,” Bryant said. As more mothers began joining the workforce, there became a need for infant care.

The year it was decided to open Small World is also when the Belmont property was obtained.

Thousands of children have attended Colonial Day School and Small World, Bryant said, with the women in some cases teaching second generations.

Running a preschool has evolved through the years, Rogers said. She still had to apply for a license when starting Small World, but the rules and regulations have become more stringent.

However, this never altered Rogers’ teaching style, which had a heavy focus on science and geography.

“We’ve been able to teach without following a plan” that was authorized by others, Rogers said.

“We made our own program, our own lessons, our own songs, and our own everything and this is what the children like. You can’t change a child’s attention span, but you can change their interest span,” Rogers said, and with this mindset, she made sure lessons were interesting and entertaining.

“I would clown and talk to them and we did lots of science and social studies,” she said.

Rogers even came up with original little songs to enhance the science and social study lessons.

“They (the students) loved the music,” she said.

Although Rogers and Bryant are retiring as the owners of Small World and the Colonial Day School, they may not be totally stepping away from the children.

“Kristi Smith called me and said this (the facility) is perfect and what we need,” Rogers said.

Also, if a lease is secured, Rogers and Bryant have agreed to serve as consultants for the learning center.

Calling it her “dream job,” Bryant said it is the interaction from students and parents that she will miss the most.

“I will miss the everydayness of the children and parents because that is what I lived for,” Bryant said.

But, if given the opportunity to serve as a consultant, she said, “I will be able to go back anytime I want to and at least I can get a hug in the morning.”

From a whim to a reality, Rogers began what has been one of the most sought after childcare facilities in Vicksburg.

“I never had to advertise, I just had waiting lists,” she said, adding she is most proud of the number of children and parents she and Bryant have been able to serve and the educational opportunities they offered.

“I think what I feel I gave them (the children) was an interest in learning and a real good experience with teachers that cared about them and showed them love,” Rogers said. “And when you deal with children, you are dealing with a parent’s heart so you get the best of the parents and the best of the children.”

Supervisors to purchase thousands of masks for public use

Warren County is moving ahead with a plan to purchase as many as 10,000 masks in the coming weeks to... read more