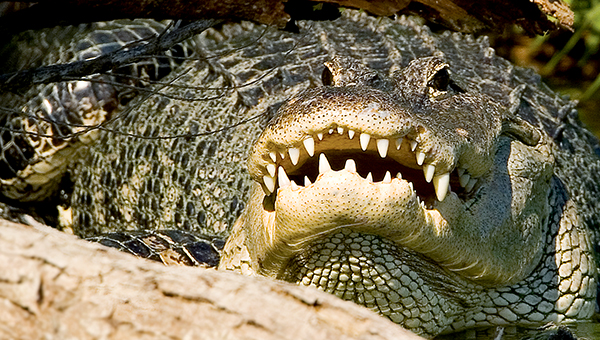 Agents with the Mississippi Department of Wildlife, Fisheries and Parks have issued five summonses to individuals caught shooting at alligators from the levees in the Eagle Lake area, Warren County Sheriff Martin Pace said.

He said the Sheriff’s Office has received complaints from residents in the Eagle Lake and backwater areas about people shooting alligators, and sheriff’s deputies and Wildlife and Fisheries agents have found dead alligators in the flooded areas.

“Every time the river or the backwater comes up, that concentrates wildlife on the levees and other areas in the flooded area,” Pace said.

He said deputies and wildlife officials are concentrating additional deputies and agents in the area to monitor it. The deputies, he said, are supporting the Wildlife and Fisheries agents.

Pace said the agents have cited people “for a variety of criminal violations that involve shooting from the levee. Many of these violations carry substantial fines and the possibility of jail time.”

Besides being illegal and detrimental to the wildlife, Pace said, the levee is used by people to access the Eagle Lake community because a section of Mississippi 465 north of the backwater levee remains flooded.

“We do not need people shooting firearms with that levee being used as the route to Eagle Lake,” he said.

In January 2019, the city of Vicksburg Animal Control seized nine malnourished and neglected horses on a property on Standard... read more