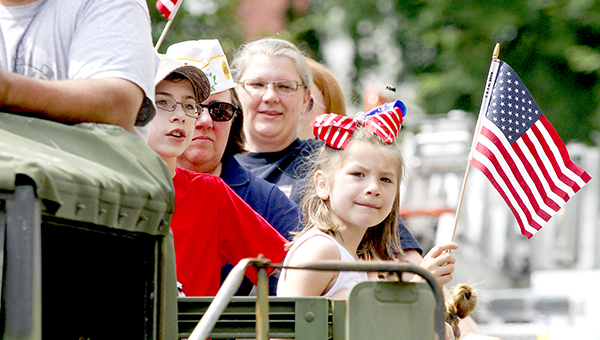 A kid waves an American flag while on a military vehicle during the Memorial Day Parade along Washington Street last May. (Courtland Wells/The Vicksburg Post)

Memorial Day parade canceled, other events to be prerecorded

Concerns with public gatherings and social distancing have led event organizers to cancel the annual Memorial Day parade and other public events that once drew hundreds of visitors each year.

The annual observances of Memorial Day are sponsored by American Legion posts 213 and 3, the Vicksburg-Warren County Memorial Day Committee and the Military Order of the Purple Heart.

“We will have something from the mayor’s office recognizing Memorial Day, we’ll have a speech given in recognition of the area’s war dead and have a wreath-laying ceremony,” said Willie Glasper, program coordinator. He said organizers have not decided when the taping of those events will take place.

Glasper said the virtual broadcast is a first for the program, “And it’s only because of the virus.”