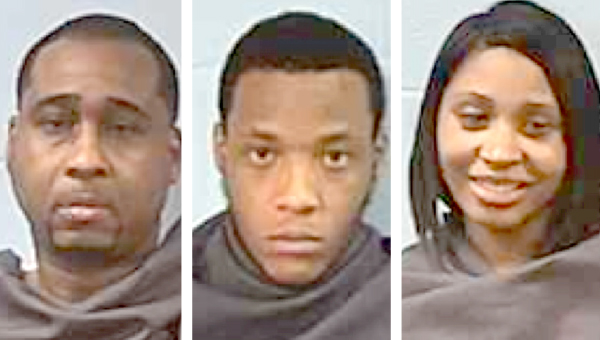 The Vicksburg Police Department announced Tuesday the arrest of a Vicksburg man connected to an aggravated domestic violence incident.

In a department release, Cedric Hill, 40, was arrested Saturday on one count of aggravated domestic violence.

He appeared in Vicksburg Municipal Court Sunday where Judge Angela Carpenter set his bond at $60,000 and bound his case over to the Warren County grand jury.

The department also announced the arrests of two Vicksburg residents for discharging firearms within the city limits.

Saturday, at 2:26 a.m., Hewitt Mitchell was observed by an officer firing multiple shots from a 2018 Nissan Altima. The officer made contact with the vehicle and placed Mitchell in custody.

He was charged with one count of discharging a weapon in the city limits.

Jalesia Taylor was arrested at the scene and charged with discharging a firearm in the city limits.

A Vicksburg man arrested Friday on a number of drug-related charges, including trafficking, made his initial court appearance Tuesday. During... read more