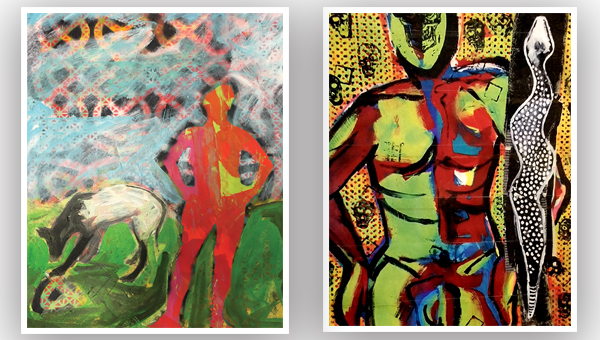 Jolly hits the ‘jackpot’ in having pieces selected for art show

Initiated in 1974, the Meridian Museum of Art Bi-State Art Competition and Exhibition showcases art ranging from traditional to avant-garde from artists that have resided in Mississippi or Alabama during their lifetime. This marks the 46th annual event, and local artist Randy Jolly will have pieces in this year’s show.

“This is a great show and is known to showcase some really great work,” Jolly said. “And I was thrilled to have work accepted for this show. And to get two pieces selected was like hitting the jackpot.”

“This is the highest number of entries since I became the director in 2008,” Meridian Museum Director Kate Cherry said. “It was an extremely competitive show to jury. I believe Stephanie selected a fine show of contemporary works from several states.”

“Subject and media are left up to the artist,” Jolly said.

The two pieces Jolly chose to enter, he said, had significant meaning to him personally.

“I use my work to tell stories of my view and remembrance of growing up in rural Mississippi and the changes that have been made over the last 65 years,” Jolly said.

Jolly said since Smith could not travel and review the actual works on site due to the COVID-19 pandemic, she juried the submitted artwork through a comprehensive process of initial judging by digital image.

“This is not my first time to have my work selected through digital images,” Jolly said. “So the process was not totally foreign to me. As an artist I have had to learn to photograph my work and capture the actual textures and colors to show the work at its best.

I have had to work hard to become as familiar with this process as possible and I’m still learning,” he said. “I have also been the judge selecting a show through digital images. I find the process much harder when your only reference is the digital image and not the actual work of art.”

The exhibition officially opened to the public on March 9, but due to the pandemic, it ended a few days later.