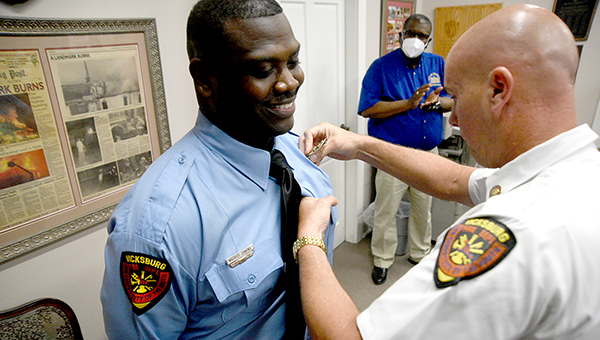 Vicksburg Fire Department firefighter/EMT Maurice Jenkins was promoted Wednesday to lieutenant during a ceremony at the department’s Central Fire Station.

Jenkins, who had served as a firefighter/EMT on C-shift at Fire Station No. 9, will transfer to A-shift at Central Fire Station.

Jenkins’ promotion to lieutenant fills a post that was left vacant by Lt. Donald Carter, who retired May 30.