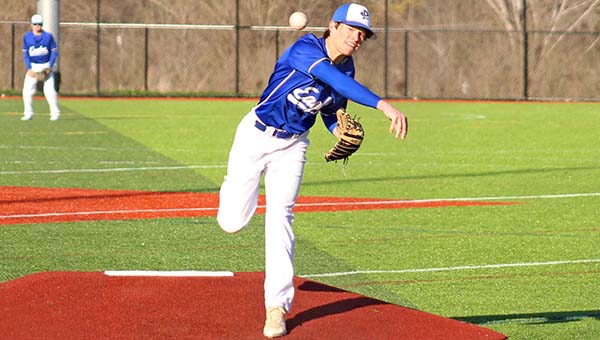 This is part of a series of stories recognizing Warren County’s senior athletes who had their 2020 spring seasons cut short because of the COVID-19 pandemic. The Vicksburg Post will attempt to recognize all of Warren County’s spring teams and athletes.
Up next: Porter’s Chapel Academy.

Luke Yocum
Luke was another multiple-sport star for PCA. He played football, basketball, baseball and golf. His best memory is winning his first high school golf tournament in 2019. He is the son of Dale and Amanda Yocum. Luke has not made his college choice, but plans to attend a junior college and play golf.

Gunner Hutchins
Gunner played football and baseball for Porter’s Chapel Academy, and is the son of Steven and Niki Hutchins. His favorite sports memory was making a game-clinching interception to seal a road victory against New Orleans Home School last season. He plans to attend Hinds Community College and major in Precision Manufacturing and Engineering Techonology.

Softball
Hannah Embry
Hannah is a two-time Vicksburg Post softball Player of the Year, and also competed on PCA’s basketball and track teams. She has signed to play softball at Pearl River Community College, and said having her jersey retired by PCA was the biggest highlight of her high school sports career.

Hannah is the daughter of Lee and Alicia Embry.

Ashlyn Wright
Ashlyn played three sports for Porter’s Chapel — softball, basketball and track and field — and is the daughter of Roy and Helen Ashley. Her favorite memory is winning the MAIS Class 2A South State softball championship in 2019, and then going on to a runner-up finish in the state tournament. Ashlyn plans to attend Pearl River Community College, and then move on to the University of Mississippi Medical Center to major in dental hygiene.

Track and field
Maddie Henderson
Maddie ran track for PCA, and is the daughter of Ty and Tanya McCain. Her favorite sports memory came from a meet when she was a sophomore.

“I had a bad week and was feeling really sick at a meet in 10th grade, and coach made me run anyways,” she wrote. “I ended up getting first place, but I also threw my guts up right after I got off the field. I won’t ever forget that day.”

Maddie plans to attend Mississippi State University in the fall as a member of the Honors College. She will major in Animal and Dairy Science, with a concentration in pre-veterinary medicine.