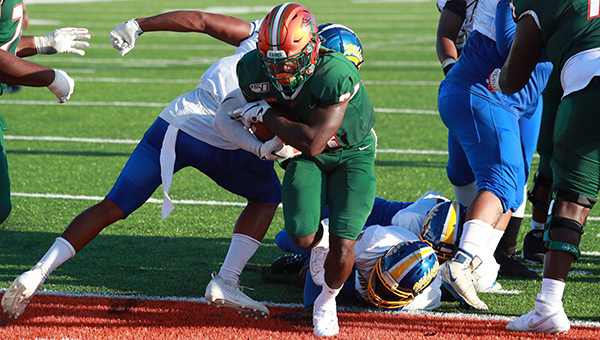 TALLAHASSEE, Fla. — The Southwestern Athletic Conference is adding one of the most successful HBCU athletic programs in the country to its roster.

The Florida A&M Board of Trustees voted unanimously on Thursday for the university to leave the Mid-Eastern Athletic Conference and join the SWAC.

The move will be effective for the 2021-22 school year.
Florida A&M will become the SWAC’s 11th member, and the first addition to the conference since Alabama A&M joined in 1999.

“Today is a transformational moment for FAMU athletics. We firmly believe in this move. Taking FAMU athletics to new heights is personal to me. I made a commitment on Nov. 25, 2019 that we would do that. In the short six months we’ve been here, we’ve done that,” FAMU Vice President/Director of Athletics Kortne Gosha said.

Commissioner Charles McClelland is pleased to open the doors for the Rattlers to add the league’s well-known history.

“As a commissioner, I’m excited about the unanimous vote for Florida A&M to join, in my opinion, one of, if not the greatest conference in America,” McClelland told the Tallahassee Democrat.

The vote will end a nearly 40-year conference affiliation in the MEAC. Florida A&M joined the conference in 1979 and left for one season in 1985. FAMU re-joined the conference full time in 1986, with the only other absence from the league coming in 2004, when it attempted to jump to the FBS level in football. During the transition, FAMU remained a MEAC member in all other sports.

FAMU will be the second program to leave the MEAC in 2021. North Carolina A&T will join the Big South Conference next year.

During Thursday’s vote, Gosha told the Board of Trustees that the move to the SWAC would reduce FAMU’s athletics travel by 30 percent. He also said it would help increase ticket sales by emphasizing regional rivalries, and being an accessible travel destination for SWAC East Division opponents.

The Tallahassee Democrat also reported that membership with the SWAC includes the autonomy of multimedia and apparel agreements. The MEAC is the only Division I conference with a league-wide apparel deal.