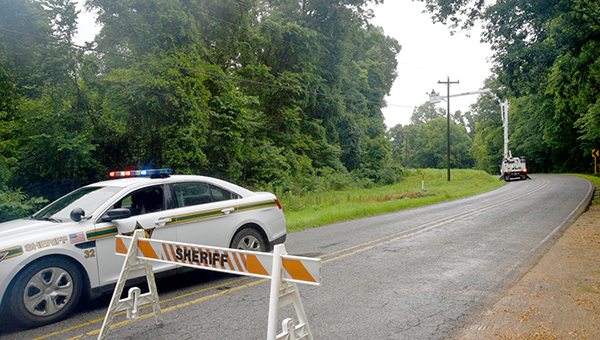 Oak Ridge Road has reopened, but as of 3 p.m. county road crews are still removing debris. Caution is advised and there are flagmen on the road.

Warren County Emergency Management Agency Director John Elfer said the county had a total of eight trees down as a result of high winds and heavy rain associated with Tropical Storm Cristobal.

Shelia McKinnis with Entergy said about 1,700 people were without power in the Flowers area after a tree fell on a line and broke a 45-foot pole. Power is expected to be restored by 4 p.m.