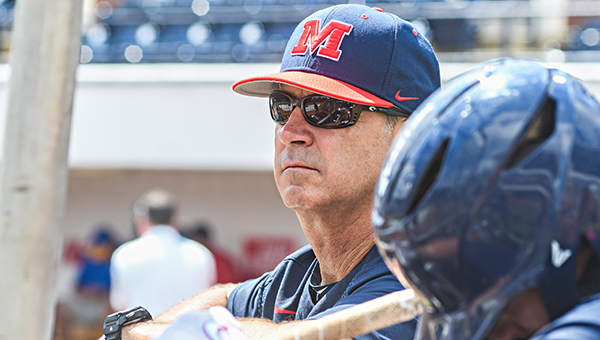 Ole Miss will never know if its remarkable start to the 2020 college baseball season would have ended in Omaha.

It did, however, bring some welcome recognition to Oxford.

Ole Miss head coach Mike Bianco was named the National Coach of the Year by Collegiate Baseball on Tuesday. He is the first Ole Miss coach to win the award.

In his 20th season, Bianco led his Rebels to a tie for the best record in the nation at 16-1 when the season was cut short due to the COVID-19 pandemic in mid-March/

Ole Miss’ lone loss came in the season opener at the hands of No. 1 ranked Louisville. The Rebels fought back and won that series, and when the season concluded they were on a 16-game winning streak — the longest in college baseball this year and one shy of the program record.

The Rebels finished the season ranked in the top five nationally and extended their streak to 36 consecutive weeks in the top 25.

Bianco’s squad was on pace for its third straight 40-win season. Ole Miss is tied for the fourth-most wins in the nation since 2018, with 105.

Ole Miss led the nation in home runs with 37 through 17 games, and was in the top 10 nationally in slugging percentage (third), runs scored per game (third), total runs scored (fifth) and walks (seventh).

On the mound, Ole Miss finished with a team ERA of 2.92, placing the staff among the top 50 in the country.

Bianco improved his record as the Rebels’ head coach to 767-440-1 (.635). He is Ole Miss’ all-time wins leader and the third-winningest coach in SEC history, as well as the conference’s active wins leader.

HAMPTON, Ga. (AP) — After another dominant performance at one of his favorite tracks, Kevin Harvick relished the past and... read more