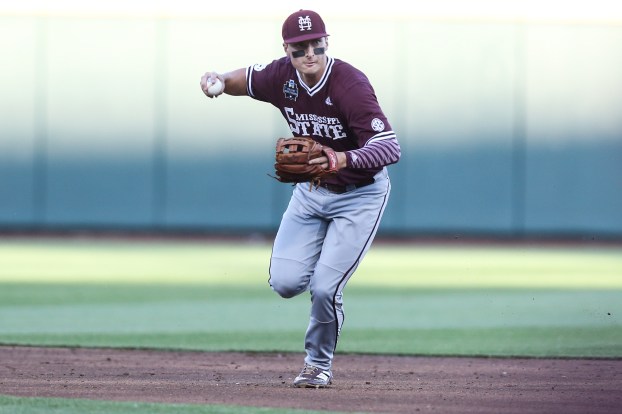 For the first time in 35 years, and only the second time ever, Mississippi State hit a double in the first round of the Major League Baseball draft.

Two Bulldogs — second baseman Justin Foscue and shortstop Jordan Westburg — were selected in the first round Wednesday, marking the first time since 1985 that the program has accomplished the feat.

Foscue was picked 14th overall by the Texas Rangers. Westburg went 30th, to the Baltimore Orioles with the first pick of Competitive Balance Round A.

Foscue earned All-America honors from all seven publications after a breakout sophomore season in 2019. A three-year starter, he made the move from third base to second base in 2019 and hit .331 with 36 extra base hits — including 14 home runs — in 62 starts. He only struck out only 32 times in 275 at-bats. 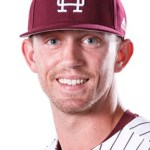 “Throughout my whole life I’ve never been the top-ranked kind of player. In high school I never was highly touted or heavily recruited. But I always felt like I belonged in the SEC or ACC, that level of play. So I had a chip on my shoulder to prove people wrong,” Foscue said. “I believed in myself and went to work. I put my head down and didn’t listen to the outside noise with rankings and such. Just having that ability to not worry about the noise and distractions, and always believing in myself, I think that’s how I got myself to this point.”

Westburg was off to the best start of his career before the 2020 season was canceled due to the COVID-19 pandemic. He was hitting .317 with 17 runs scored, 11 RBIs and eight extra base hits in 16 starts at shortstop.

A preseason second-team All-Southeastern Conference pick in 2020, he reached base in 78 of 82 games dating back to the start of the 2019 season and owned a 30-game reached base streak spanning 2019 and 2020.

Foscue and Westburg were the first Mississippi State teammates to be picked in the first round since Will Clark and Rafael Palmeiro in 1985.

Westburg was Baltimore’s second pick on night one of the draft. The Orioles also had the No. 2 pick and spent it on Arkansas outfielder Heston Kjerstad.

The Detroit Tigers selected Arizona State first baseman Spencer Torkelson with the first overall pick. Detroit plans to move Torkelson to third base. The California native hit .340 with six homers and 11 RBIs this year, and had 54 home runs in his career at Arizona State.

“It shows the amount of respect they have for me as an athlete,” a smiling Torkelson said on the MLB Network broadcast. “I’ll take it and run with it. I like to label myself as a baseball player, and you give me a bat, a ball and a glove, and you know what? I’m just going to want to win.”

This year’s draft originally was scheduled to take place for the first time in Omaha, Nebraska, as a lead-in to the College World Series. Instead, the COVID-19 outbreak caused MLB to make some drastic changes, including holding the draft remotely — much like the NFL did in April — and shortening it from three days with 40 rounds to only two days and five rounds.

Rounds 2-5 will be held Thursday, for a total of 160 players selected.

A record seven straight college players were selected to begin the draft, including four from the SEC.

Florida high school outfielder Zac Veen was chosen by Colorado with the ninth pick, followed by the Los Angeles Angels selecting Louisville lefty Reid Detmers to round out the top 10.

“We’ve seen the trend in this direction over the last number of years,” Milwaukee scouting director Tod Johnson said after the Brewers took UCLA outfielder Garrett Mitchell at No. 20. “Those three years of development that players get when they go to college tells us a lot about them. It helps to make these decisions with more information. We have more of a statistical record for college players against quality competition.

“All those factors I think have trended toward moving toward a more college-heavy draft.”

Truex ends NASCAR’s eventful day with a win at Martinsville