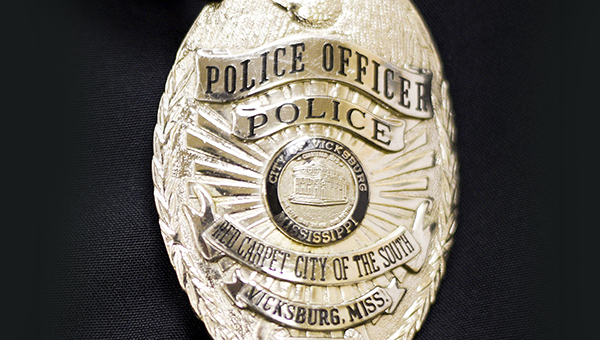 Officers with the Vicksburg Police Department who are required to wear body cameras now have something else to think about when turning them on and off.

The Board of Mayor and Aldermen Wednesday approved a recommendation from the Vicksburg Police Department’s leadership that would levy a one-day suspension without pay to any person who in any way violates the department’s policy and procedure regulating the use of body cameras.

The recommendation was brought to the board by Vicksburg Police Chief Milton Moore and received unanimous approval. The amended policy was effective Wednesday

“We’re trying to be more transparent and hold officers a  more accountable for their actions,” he said.

Moore said body camera policy was adopted in January 2016 “and as of today some officers are still somewhat reluctant to utilize their body cameras as they should.”

The policy says, “Officers shall activate their body-worn cameras to record all contact with citizens while in the performance of their official duties.”

That list of duties includes: traffic stops; emergency responses; pursuits; suspicious vehicles; arrests and transports; vehicle searches; consent to search; physical or verbal confrontations; pedestrian checks; DUI investigations including field sobriety tests; domestic violence calls; statements made by individuals in the course of an investigation; advertisements of Miranda Rights; seizure of evidence; high-risk warrants; all calls for service; when placing arrestees or prisoners in or removing them from a vehicle; and “any other contact that becomes adversarial after the initial contact in a situation that would not otherwise require recording.”

The policy also gives exceptions to the use of a camera, including communications with other police personnel, encounters with undercover officers or informants, when an officer is on break, in any location where individuals have a reasonable expectation of privacy such as in the restroom and break room, a patient during a medical or psychological evaluation, communications made in a psychiatric facility, and inside a courtroom.

“Body-worn cameras are an effective law enforcement tool that can reduce violent confrontations and complaints against officers,” the policy reads. “Body-worn cameras provide additional documentation of police-public encounters and may be an important tool for collecting evidence and maintaining public trust.”

A Vicksburg woman was transported to the hospital after a tree fell on her home Wednesday morning. Garland Cary said... read more