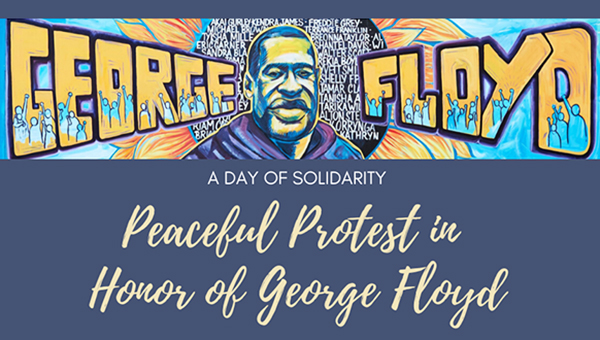 Port Gibson residents will hold a peaceful protest in honor of George Floyd Saturday, starting with a march at noon and ending with a program at the city’s civil rights mural, 407 Market St.

Floyd was killed at the hands of a police officer in Minneapolis, Minn. on May 25. His death has sparked protests — and in some cases riots — throughout the country calling for an end to police brutality.

The Port Gibson program comes one week after a peaceful demonstration was held in Vicksburg.

“I feel like George Floyd has ignited a flame all across the nation,” said protest organizer Geraline Smith. “I was sitting with some friends and we came up with the idea. Why not do it here as well?”

She said the response to the program has been good.

The march begins at First Baptist Church, 804 St., and will go to the civil rights mural which is across from the Claiborne County Courthouse. Smith said the program, which will begin at 1 p.m. and is expected to last 30 minutes, will include speakers, prayer and music