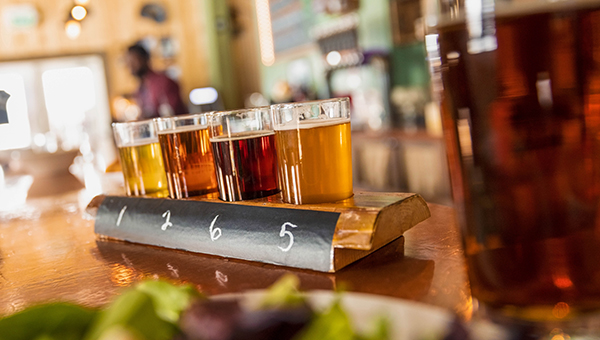 JACKSON (AP) — Mississippi bars and restaurants that serve alcohol will soon be able to stay open later as Gov. Tate Reeves prepares to lift a curfew he set because of the coronavirus pandemic. Cases of COVID-19 are still rising, and the state health officer continued warning people to be cautious.

A new executive order that takes effect Monday will lift the current 10 p.m. curfew for places that serve alcohol as long as they “do their best” to reduce customer capacity to 50 percent, Reeves said Wednesday. The new order will also allow fitness centers and gyms to increase their customer capacity from 25 percent to 50 percent.

Under the new order, reception halls will be able to open at 50 percent capacity. Starting Monday, arenas can host events with no greater than 25 percent capacity. Reeves announced government entities will resume normal business operations no later than July 1.

Still, Reeves expressed concern over several instances of large gatherings occurring in Mississippi recently, including a protest against police brutality that drew thousands to Jackson on Saturday.

“When you consider the fact that Memorial Day weekend was two and a half weeks ago, and these large protests have taken place throughout our state over the last 10 days, I’m concerned that those numbers are not going to decline significantly any time soon,” Reeves said.

The state health officer, Dr. Thomas Dobbs, said he’s seeing a pattern of young people getting the virus after having parties and taking the illness home to older family members.

“Please, I’m about to say, if you’re over 65, avoid your grandkids,” Dobbs said.

Before the governor’s news conference, people from the restaurant, bar and entertainment industry stood outside the state office building where Reeves would be speaking. They said they had been hurting financially under the curfew.

Tracey Dickerson of Crystal Springs said one of her sons plays guitar in a band and the other plays drums. Holding a bright pink sign reading “All jobs are essential after 10 p.m.,” Dickerson said both had gigs canceled last weekend. The performances were supposed to be some of their first since the start of the pandemic.

“Most of the people in the nightclub community don’t get started until 10 o’clock,” Dickerson said. “My children lost out on money and that’s how they support themselves.”

Dickerson said, in her eyes, the curfew was not doing much to halt the spread of the virus.

The Health Department said Wednesday that Mississippi — with a population of about 3 million — has had at least 18,483 cases and 868 deaths from the coronavirus as of Wednesday evening. That was an increase of 374 cases and 21 deaths from the numbers reported a day earlier; the latest count included four deaths that occurred between May 26 and June 1, with information from death certificates arriving later.

The Health Department said at least 2,137 cases of the virus have been confirmed in long-term care facilities such as nursing homes, with at least 447 virus-related deaths in those facilities.

The department also said Wednesday that 223,195 coronavirus tests had been conducted in Mississippi as of Wednesday. More than 9,442 of those were blood tests that detect whether a person has antibodies that usually show up after an infection is resolved.

In late May, American Cruise Lines announced it would resume cruises along the Mississippi River in June, with the American... read more