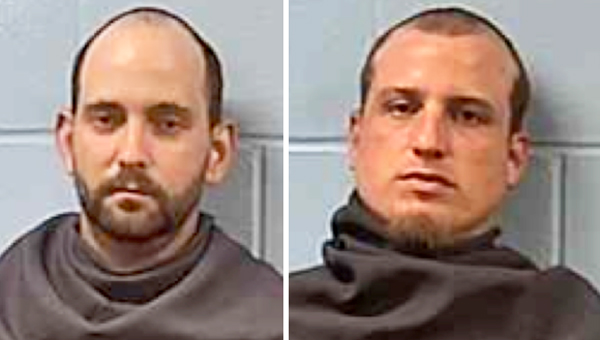 Two Vicksburg men are in custody and charged with multiple counts of commercial burglary tied to break-ins at a Vicksburg self-storage facility.

Johnson appeared before Judge Angela Carpenter in Vicksburg Municipal Court Wednesday, where his bond was set at $15,000 and his case bound over to the Warren County grand jury.

Wilkerson was being held without bond until he appears before Judge Penny Lawson Friday in Vicksburg Municipal Court.

• Officers Wednesday afternoon responded to the 1000 block of Walnut Street in reference to a stolen vehicle.

• On June 11, at 5:27 a.m. officers responded to Suge’s BBQ and Soul Food, 2720 Clay St., in reference to a burglary. The complainant reported someone stole the cash register containing over $100.

• On June 11, at 11:57 a.m., officers responded to SnoBiz, 2932 Clay St., in reference to a burglary. The complainant reported someone kicked in the door, breaking the doorframe, but nothing was taken.