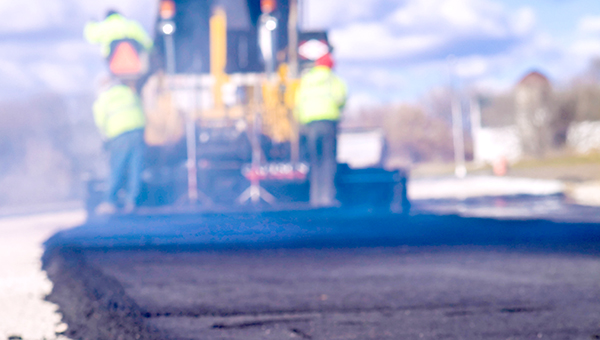 North Ward Alderman Michael Mayfield, who is over public works, estimates the number of streets damaged by weather and flooding at 20.

City accounting director Doug Whittington told the board he transferred $35,000 from the city’s IT department’s debt service account to the street department. The money, he said, had been budgeted for a loan the city anticipated making for equipment.

“We’re going to try as best we can to keep expenses down for the rest of the budget year, but a lot of this happened earlier with the weather,” Van Norman said.

Mayor George Flaggs Jr. said the city has been using the department’s money to repair weather- and flood-damaged streets in anticipation of reimbursement from the Federal Emergency Management Agency. “It (the budget) will replenish itself when the reimbursement comes,” he said.

Vicksburg and Warren County are part of an area designated a federal disaster area by President Donald Trump after the severe rains in February, making the city and county eligible for FEMA funds that will reimburse 75 percent of the repair costs.

“It’s not that we’re broke, it’s because we’re waiting on the FEMA money and as part of the process we have to have an engineer’s assessment and study so we can make the correct adjustments,” Flaggs said.

Van Norman said city officials are talking with FEMA representatives. The board also approved hiring Neel-Schaffer Engineers of Jackson to perform an assessment of the street damage as part of the process to get the federal money.

“We’ve got an engineer on board, (and) we’ve got another call (to FEMA) next week. It’s coming; it’s just moving slow,” Van Norman said.

Whittington said the weather is not the only reason for the street department’s situation.

The devaluation of Entergy’s Baxter Wilson power plant in August — as the city’s budget was being completed — reduced the city’s property tax revenue by $1.4 million.

Whittington said the revenue loss forced him to cut the city’s capital budget and reduce the supplies and services budgets of every city department in the general fund by 25 percent to balance the fiscal 2020 budget.

Heading into the final quarter of the 2020 fiscal year the street department might have been in good shape had it not been cut 25 percent, Whittington said. “Maybe they would have made it through the whole year if they had gotten their 25 percent,” he said.

Flaggs’ said the city will continue to shore up the street department financially as needed.

“If in fact we look like we need to put more money as we go along, I think we can find the money to make the adjustments. I think we’ve been fiscally responsible and we’ve done everything we can that we not have any interruption of services,” he said.

Warren Central Intermediate’s Woodrow Price was named Thursday as the recipient of the National University System—Sanford Teacher Award. According to... read more