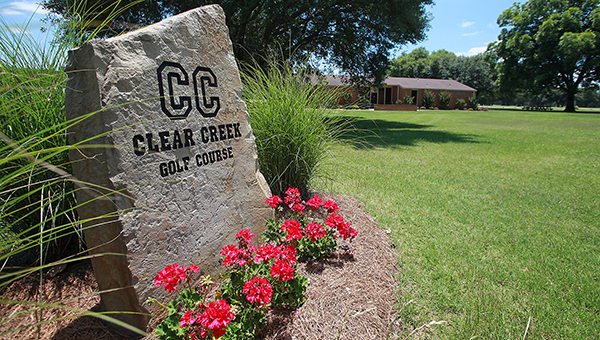 The Par Busters Golf Tournament will be held Friday through Sunday at Clear Creek Golf Course.

The Vicksburg resident shot a second-round 81 on Sunday to edge Keith Ehrhardt by one stroke for the club title at Clear Creek Golf Course.

Martin shot a 77 in the first round and had a one-shot lead entering the final round. He finished with a two-round total of 158. Ehrhardt had the lowest score in the final round, with an 80, but finished at 159 for the tournament. Ehrhardt finished as the runner-up for the second time in three years.

Ehrhardt, White and Jones were all within two shots of the lead heading into the final round, but none of them broke 80 on Sunday. Of the six golfers in the championship flight, only Neihaus improved on his first-round score. Neihaus shot an 85 on Saturday and an 84 on Sunday.

The senior championship was decided in a playoff for the second time in three years, as Jeff Cowan beat Rodney Lindsey for the title. Lindsey shot a 68 on Sunday to make up a three-shot deficit, but couldn’t beat Cowan in the playoff. Both golfers finished at 149 in regulation.

Joe Grayson was two shots behind the leaders at 151, and Jim Darnell was fourth at 152. Nine golfers participated in the tournament, which was only open to Clear Creek’s club members.

Clear Creek’s next major tournament is the Warren County Championship July 25 and 26. The County Championship is open to all golfers 16 years and older, and golfers do not need to be a Warren County resident to enter. The entry fee for the 36-hole, two-day tournament is $110. Golfers should call the Clear Creek clubhouse at 601-638-9395 to register or for more information.