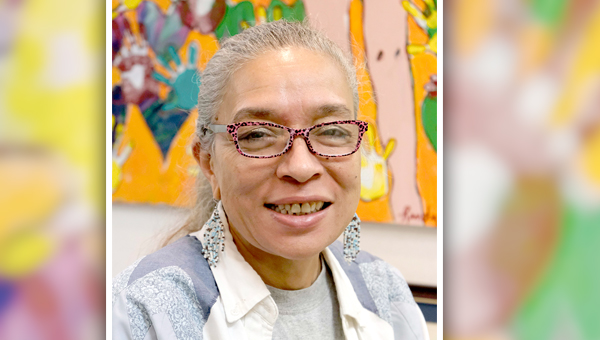 Heidi Burrell, director of resource development at the United Way of West Central Mississippi, died Sunday. She was 59.

“We are in shock and at an utter loss. We always call ourselves the United Way family because that is what we are and we are very much devastated and heartbroken,” United Way executive director Michele Connelly said, after learning of Burrell’s death on Monday.

Connelly described Burrell, who was a resident of the Hermanville community, a diligent, dedicated advocate for her community.

“In her position, she touched the lives of thousands of people,” Connelly said. “Heidi was extremely passionate about her family, her church, her community, and about United Way. She was a hard worker and very focused. She did so much to organize us. I guess the best way to say it is she would keep us all very much so in line.”

During her more than six years with the United Way of West Central Mississippi, in addition to being devoted to the staff, Connelly said, Burrell coordinated the campaign cabinet, the community investment and the partner agencies.

Cindy McCarley, who is the executive director of the Good Shepherd Community Center, one of the United Way’s partner agencies, said she was saddened to learn of Burrell’s death.

“I can’t even express what Heidi meant to me,” McCarley said. “Heidi is one of the greatest cheerleaders the United Way has ever had. I mean she loved the United Way and loving people. She was the best.

In an email sent to members of the Vicksburg Kiwanis Club, of which Burrell was a member, fellow Kiwanian Jennifer Grey wrote, “Heidi was an outstanding person as she dedicated her life to service for others.”

In an email to members of the United Way’s Board of Directors, Connelley said, “Heidi was always very committed to her family, her church, her United Way and her community. We are at a loss of words. Please keep Heidi’s family and the United Way staff in your thoughts and prayers, as this will be a huge loss to us.”

A private family graveside funeral service will be held Friday. Visitation will be held Friday from 1 to 5 p.m. at Thompson Funeral Home, 612 Coffee St. in Port Gibson. Only five individuals will be allowed in the room at a time. Masks will be required at all times.

Flowers can be sent to the funeral home. A Go Fund Me account has been set up and funds collected will be donated to the United Way of West Central Mississippi and will be used as a memorial on behalf of Burrell.

United Ways across Mississippi are launching a statewide survey Wednesday to assess the economic impact the COVID-19 crisis has had... read more