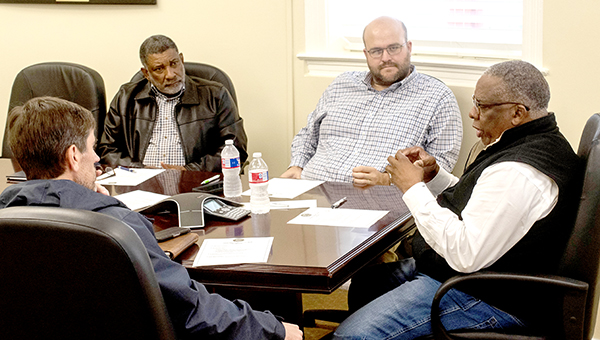 Vicksburg lawmaker among those who have contracted COVID-19

At least eight Mississippi lawmakers — including State Rep. Kevin Ford of Vicksburg — have tested positive for the COVID-19 virus after working several weeks in a Capitol where many people stood or sat close together and did not wear masks.

Ford told The Post on Wednesday morning he had a fever for several days and got tested in Jackson Monday along with others at the capitol. He said he learned of the diagnosis Tuesday evening.

Ford said he began quarantining over the weekend and felt as if he had a slight cold and was feeling better.

Among the other lawmakers who have reportedly tested positive are Speaker of the House Philip Gunn and Lt. Gov. Delbert Hosemann. State Health Officer Dr. Thomas Dobbs said the results of other tests performed on lawmakers and other staff at the capitol are expected Wednesday.

Dobbs said Tuesday that there are also at least 11 other suspected cases of the virus among legislators and Capitol employees. In addition, Dobbs said the virus is spreading in social gatherings across the state. Dobbs said, for example, he was told about teenagers having a party on a Pearl River sandbar in Jackson during the July 4 weekend and about people going without masks in restaurants and other public settings.

Gov. Tate Reeves, 46, said Monday he was in isolation with his wife and their three daughters at the Governor’s Mansion. They were tested for the coronavirus after he came into contact with a lawmaker who tested positive last week. Reeves said Tuesday that the tests were negative.

The Centers for Disease Control and Prevention says even if people test negative for COVID-19 and feel healthy, they should remain in quarantine since symptoms may appear 2 to 14 days after exposure.

“We know they were very busy and doing some really important work over the past couple of weeks, but it’s going to be risky, especially if people don’t maintain that distancing and masks,” Dobbs said.

A special police officer will soon be enforcing the regulations for local restaurants and businesses outlined under the city’s emergency... read more