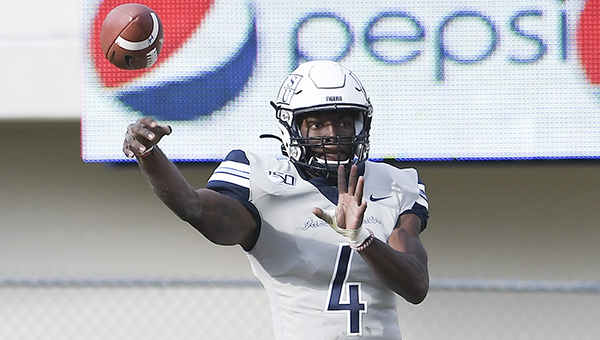 Florida A&M’s first football game as a member of the Southwestern Athletic Conference in 2021 will be against Jackson State.

The teams will not, however, play this season like they’d planned.

Jackson State and Florida A&M announced Thursday that they will play each other in the Orange Blossom Classic in Miami on Labor Day weekend in 2021.

The announcement came on the same day that the Mid-Eastern Athletic Conference — of which Florida A&M is currently a member — canceled its fall sports season because of the recent surge in COVID-19 cases nationwide.

The MEAC’s decision ended Florida A&M’s tenure as a football-playing member of the conference. Florida A&M announced in June that it is leaving the MEAC to join the SWAC beginning with the 2021-22 school year.

It also means Jackson State is scrambling — again — for an early-season opponent. It originally had been scheduled to play Tennessee State on Sept. 12 in Memphis, but that game was canceled because of coronavirus concerns. JSU replaced Tennessee State with Florida A&M, but that game has also now been canceled.

Jackson State’s season is now scheduled to begin on Sept. 19, with a road game at Southern Miss.

The MEAC, which is comprised of 11 historically black colleges, joined the Ivy and Patriot Leagues as the third Division I conference to postpone its football season. The Division II Southern Intercollegiate Athletic Conference (SIAC) also has canceled its season, which wiped out a Sept. 12 game between Fort Valley State and Alcorn State in Lorman.