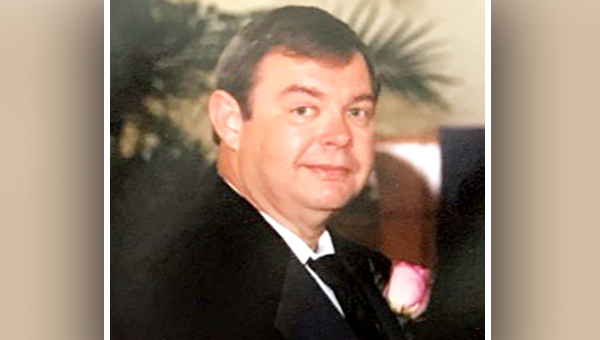 From 1980, when he joined the Mississippi Highway Patrol until he transferred to the Mississippi Bureau of Investigation, Gaylon Owens was best known as the trooper who patrolled the state’s highways in Warren, Issaquena and Sharkey counties.

But for the many people who knew him better, Owens, 66, who died July 7 from COVID-19, was a consummate professional officer and a caring man who loved his country and was willing to help others.

“Gaylon was a courteous, professional lawman who loved his country and his state. He will be missed,” Warren County Sheriff Martin Pace said. “He dedicated his life to public safety and always cared deeply for his community.”

Owens served 28 years with the Highway Patrol, retiring in 2008. He joined the MBI in the mid-1990s and was later promoted to lieutenant and served as director of special operations for MBI.

Owens’ wife Mary said he was a member of St. Mary Catholic Church, a Vietnam veteran of the U.S. Army and later served in the criminal investigative division of the Army Reserve.

She said had two special “buddies;” two dachshunds, Astro and Dolly. Astro, Mary said, had spots on his back that looked like the solar system. “That’s how he got his name. Gaylon loved playing with them,” she said.

Owens was also an avid fisherman and hunter and loved all types of sports, Mary said. He was a big supporter of the Porter’s Chapel Eagles and served as an umpire for Little League baseball in Warren County.

“He was extremely kind, and one of the most important qualities that I can say that Gaylon had was how he loved to see others succeed in life,” she said.

Seeing others succeed, Mary Owens said, was important to her husband, adding, “It didn’t matter if it was young or old, he would make any type of effort if somebody was trying to accomplish something in their lives. He would make every effort possible to help that person accomplish that goal.

“He loved to see young people succeed. That was always probably one of the qualities I loved about him the most. How he reached out to others, and whether anyone else knew he was doing it or not he didn’t care. It was whether or not that person accomplished that goal in life.”

Owens, she said, “was just a genuinely kind, gentle man, but had a look of a big bear. You never crossed him because he had the look of a big bear, and everybody knew he could be a bear if he wanted to. Most of the time, he was a perfect gentleman.

“He had great respect for America. He loved his country and he loved to serve his country. That was very important to him.”

“He was always there for me and we worked together on roadblocks and traffic stops. Gaylon not only was kind to his fellow troopers but also to the general public. He was very likable. He was someone who wanted to see everyone doing well.”

Owens, Armstrong said, could make someone he stopped for a traffic violation “feel good about him imposing the law on them for an infraction.”

Owens, he said, always had a calm demeanor, “One in which he was easy to gravitate to. I gravitated to him for that reason and so did the citizens of Mississippi. He was a lawman at heart.

“He really felt a lot about the mission, but more importantly, he was a kind gentleman to the general public and to his family,” Armstrong said. “He will sadly be missed by many. He was a true soldier and a man who was there for so many.”

When it comes to the five senses, sight and sound are certainly recognizable at a baseball park. There is the... read more