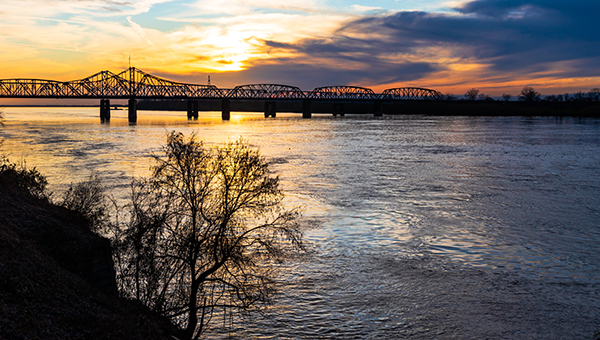 Woman rescued after jumping in Mississippi

Multiple first responders were called Sunday morning after a woman reportedly jumped in the Mississippi River.

The woman’s name was not released and Warren County Sheriff Martin Pace said no criminal charges will be filed.

Pace said the woman was taken to Merit Health River Region for evaluation. He declined to speculate on why the woman jumped in the water.

Pace said dispatchers for Vicksburg-Warren 911 received calls that a woman jumped into the river north of WaterView Casino between the casino and Ergon Marine.

He said Ergon immediately launched a boat but the vessel was too large to approach the riverbank and the crew continued to watch the woman, who later came out of the river at a spot at the south end of the park north of Ameristar Casino.

Pace said he was able to climb down a steep embankment to talk to the woman and about 10 minutes later a Mississippi Wildlife, Fisheries and Parks boat arrived to get her out of the water.

She was taken to the city waterfront, where she was put in a Vicksburg Fire Department Ambulance to go to Merit Health River Region.

“We had a lot of help from the Vicksburg Police Department, the Vicksburg Fire Department and Wildlife and Fisheries,” Pace said, adding several Vicksburg officers responded and continued to watch the woman while she was in the river. “We’re just glad we had a happy ending to this.”