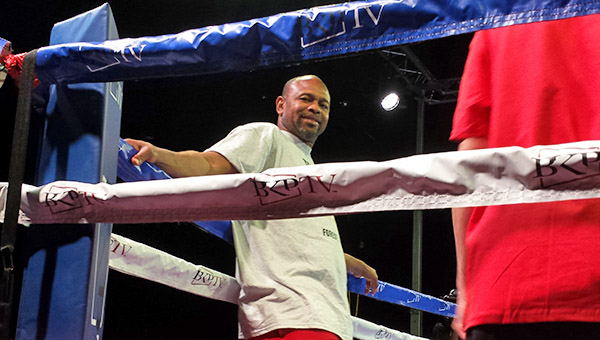 CARSON, Calif. (AP) — Mike Tyson is coming back to boxing.

The event will air on pay-per-view and the social media music platform Triller. Other matches on the card and musical entertainment will be announced in the coming weeks.

Tyson became the youngest heavyweight champion in history when he won the title in 1986 at age 20 and for a time was the most feared fighter in boxing. But his career became littered with distractions and he hasn’t boxed since 2005 after losing his second straight fight. He has a career record of 50-6.

He has recently teased a return with workout videos and it’s finally scheduled to happen.

Tyson, in an appearance on ESPN’s First Take on Thursday, explained his reasoning for a return to the ring.

“It’s because I can do it. And I believe other people believe they can do it too,” Tyson said. “Just because we are 54, it doesn’t mean that we have to start a new career and our lives are totally over. Not when you feel as beautiful as I do, and I’m sure that other people feel the same way.

“I never took that many punches. After the last fight I had, I left and I lived my life, and I’ve been through some experiences, and now I’m back here. I feel like I took better care of my body and my state of mind than most of the fighters before me that retired and came back.”

Tyson added that he wasn’t concerned about the risk he and Jones face fighting at their respective ages.

Jones last appeared in a professional bout in February 2018, when he defeated Scott Sigmon by decision. The last recognizable name on his ledger, Enzo Maccarinelli, knocked out Jones in four rounds in Moscow in 2015.

Since stepping back as an active competitor, Jones has also started training and promoting fighters. Two of his fighters, heavyweight Rashid Akzhigitov and middleweight Louis Hernandez, fought on a card at Lady Luck Casino in February with Jones managing them from the corner.

Last month, in a video interview posted to Twitter, Jones expressed interest in a possible bout with Tyson.

“I’ve been trying to enjoy retirement, but people don’t seem to want to let me retire,” Jones said. “They keep calling me, telling me that Mike wants to come back, and that you’d be a great opponent for Mike.

“We always wanted to see it, but I would’ve preferred it back then. Tyson is a hell of a specimen still. Still a problem to deal with. But at the same time, life is life, you only live once. You want to know what it’s like, you go in there and see. You still gotta see it.”