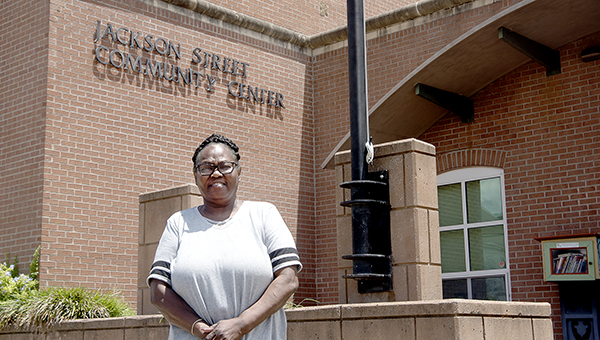 The Jackson Street Community Center, which has served the youth of Vicksburg for 18 years, is getting a new name honoring the alderwoman whose efforts got it built.

“We looked at the (board) minutes and in the minutes she was instrumental (in getting the center built),” Mayor George Flaggs Jr. said. “I think she deserves the credit to have something that would tell children and future generations that she made a contribution while she served.”

Flaggs said Young was the first woman and the first African-American woman to serve on the board.

“I think it is time to recognize her,” he said.

Young said Flaggs told her about the honor Thursday.

“Jackson Street was my baby,” she said of the center. “It took us three years to build that center.”

Young said the was honored to have the center named after her, “And I thank the board for thinking of me.”

When she heard the news, Young said, “I was shocked and tried to keep from crying. I was really touched, I really was.” She said she occasionally goes by the center to see the activities going on.

Flagstar Construction Co. of Ridgeland was awarded a $1.586 million contract in 2000 to build the Jackson Street Community Center at the corner of Jackson and Monroe streets on the site of the former Jackson Street YMCA. It was dedicated in August 2002.

Young was first elected to the Board of Mayor and Aldermen in 1993 and served until 2005 when she lost her seat to North Ward Alderman Michael Mayfield. She ran for mayor in the 2013 Democratic primary as part of an eight-candidate field but failed to reach the general election.

She was later named the city’s housing director by Flaggs and has announced she will retire from that position Aug. 31.

A man wanted for murder in Jefferson Davis County, who was captured on July 14 hiding behind a dumpster in... read more