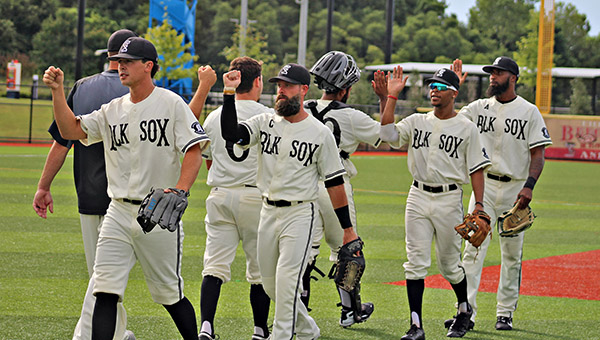 After a heartbreaking loss in their opening game, the Hattiesburg Black Sox will have to fight their way through the losers’ bracket at the National Baseball Congress World Series.

The Black Sox, whose roster includes a number of Warren County players, lost 5-4 in 10 innings Monday to the Colorado Cyclones. Colorado scored two runs in the bottom of the ninth inning — on a balk and a walk with the bases loaded — and then won on an RBI single in the 10th.

Hinds Community College product Pablo Lanzarote hit a three-run home run for the Black Sox, while Port Gibson native J.T. Hall was 3-for-5 with a run scored. Former Warren Central star Marcus Ragan drove in a run in the ninth inning with a sacrifice fly.

Former Vicksburg High star Clyde Kendrick started on the mound for the Black Sox. He struck out six and only allowed one run in 5 2/3 innings, but wound up with a no-decision.

The loss sent the Black Sox into the losers’ bracket, where they will play the Denver Cougars in an elimination game Wednesday at 8:30 p.m. in Wichita, Kan. The winner will play either the Hutchinson (Kansas) Monarchs or Kansas City All-Stars in another elimination game Thursday at 6 p.m.

All of the World Series games are streamed live on the National Baseball Congress’ YouTube channel.

HATTIESBURG — Southern Miss became the first of Mississippi’s college football teams to return to work, when it held its... read more