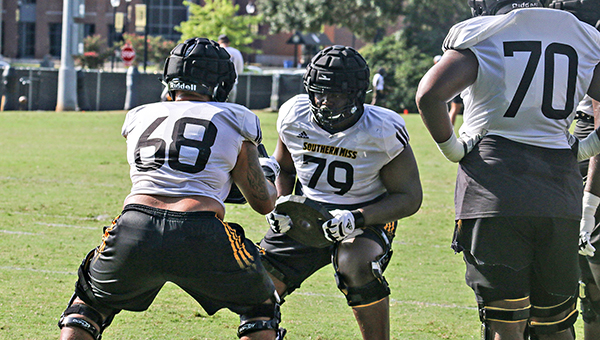 HATTIESBURG — If there are any college football teams left playing this season with an open date on Sept. 19, Southern Miss athletics director Jeremy McClain would like to hear from you.

Southern Miss announced Friday that it has canceled its home game on Sept. 19 against Tennessee Tech because the Ohio Valley Conference canceled its fall sports season.

It’s the second time that Southern Miss has had to cancel a game scheduled for that date. It originally was supposed to play Jackson State, but that game was scrapped when the Southwestern Athletic Conference postponed its football season until the spring.

A number of conferences and teams around the country have postponed or canceled their football seasons because of concerns about the COVID-19 virus. Conference USA, of which Southern Miss is a member, so far has held firm to its plans to play a full schedule.

The Golden Eagles, who open the season at home on Sept 3 against South Alabama, now have 11 games scheduled for the 2020 season. They will also play at home on Sept. 12 against Louisiana Tech and Sept. 26 vs. Tulane.

McClain said Southern Miss will try to find yet another opponent for its now-open date on Sept. 19. It might find a replacment from the Southland Conference, which canceled its conference season on Wednesday but is allowing its members to play non-conference games.

At least two Southland schools, Central Arkansas and Houston Baptist, said they plan to take that opportunity to play a limited schedule.

“We have learned today with the OVC cancellation of fall sports that Tennessee Tech will not be able to play this fall,” McClain said in a statement. “Our focus now turns into exploration of potential opportunities for us to play a 12th game this fall for our football program.”

YAZOO CITY — After a summer of uncertainty, and in a world where every game might be their last, any... read more