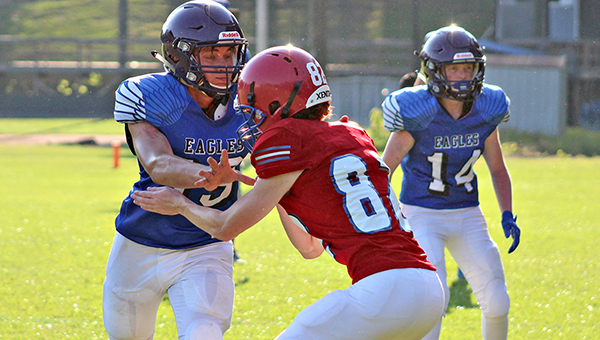 Sports column: Mississippi has a chance to lead the way on football

Somehow, some way, we’ve made it.

It’s been five months since the COVID-19 pandemic arrived and laid waste to America’s sports scene. The NCAA basketball tournament and College World Series did not survive. Nor did a large swath of the college football season. Nearly half of the 130 programs and four major conferences in the Football Bowl Subdivision have tapped out on 2020.

Of Mississippi’s 10 college football teams, only Mississippi State, Ole Miss and Southern Miss are still planning to play this fall.

A new football season always brings with it a sense of rebirth and optimism, and this one is no different — even if the optimism is cautious and the rebirth could be short-lived. A wave of COVID-19 outbreaks among multiple teams could bring the whole season to a screeching halt.

Here, though, on the eve of Week Zero, it’s better to think positively. Mississippi’s high school teams are, depending on your worldview, lab rats or brave pioneers.

Half of the MAIS schedule and part of the MHSAA schedule will be played before the remaining major college football conferences begin in late September. They’ll even have a few weeks head start on the NFL. If Mississippi’s high school teams can follow all of the protocols that have been laid out and navigate their seasons — and do it with a fraction of the resources available to college and pro teams — then it will show the world that we can do this.

We can not only play football, but get back to some semblance of normalcy, and Mississippi can be a leader in the effort.

Sure, it might be a while before a packed stadium is a good idea. Even a half-full SEC stadium, after all, is still bringing anywhere from 30,000 to 50,000 people into a relatively small area. But the sport itself, if the proper precautions are taken, can go on. We can spread a few hundred or a thousand people around a high school stadium. We can wear masks. We can keep an eye out for symptoms and scan temperatures. We can take the proper precautions and do it safely.

We’re entering a new season, and it won’t look like any other season we’ve ever seen. Just the fact we’ve reached this point, however, is a win. Now we all must do what we can to keep scoring them every week. If we make it to the end, everyone in Mississippi will have earned a championship trophy.

The Vicksburg Post welcomes your items for the Game Plan. Submit items by email to sports@vicksburgpost.com. Please include your name... read more