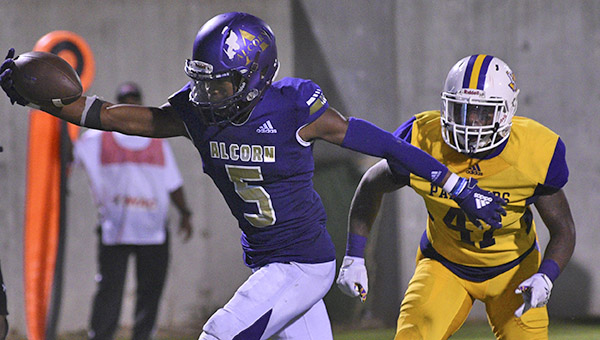 A number of college football conferences have announced plans to postpone their season until spring, but on Monday the Southwestern Athletic Conference became the first to release a schedule.

The league announced Monday that it will kick off its delayed season with 10 conference games on the weekend of Feb. 27, and conclude with the conference championship game on May 1.

The schedule includes one non-conference open date for each team and conference contests scheduled each week beginning in Week 1.

Additionally, the league has designated a bye week for each team during the week of March 13 — Week 3 of the season. The bye week coincides with the SWAC’s men’s and women’s basketball tournaments, which are scheduled for March 9-13.

Two-time defending SWAC champion Alcorn State will begin the season with a road game at Alabama A&M on Feb. 26. It will play three home games in Lorman — vs. Alabama State on March 6, Texas Southern on April 10, and Jackson State on April 17.

Alcorn’s other road games are at Mississippi Valley State on March 20 and Southern University on March 27. Alcorn will play a non-conference game on April 3, but the opponent has not yet been determined.

“We are preparing for an exciting spring season, and now more than ever we need the support from our fan base,” said Derek Horne, Alcorn State’s director of athletics. “COVID-19 has presented many challenges for us as we continue to make many difficult monetary decisions. We greatly value and appreciate all contributions as we look for ways to maintain our budgets. I commend our coaches and staff for staying the course during this unprecedented time.”

The other Week 1 games in the SWAC are Mississippi Valley State at Jackson State; Southern at Alabama State; Texas Southern at Arkansas-Pine Bluff; and Prairie View A&M at Grambling.

Vicksburg High and Warren Central are looking for football opponents — again — to fill a couple of holes in... read more