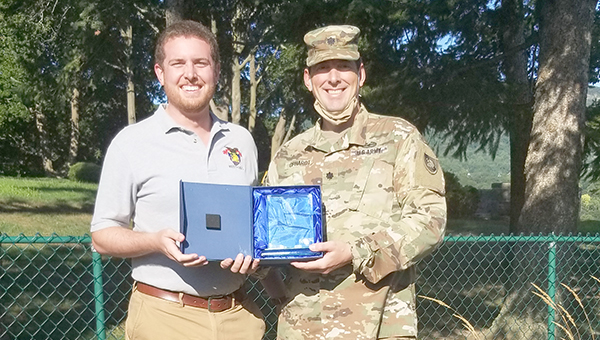 Brandon O’Connor, a former staff writer at The Vicksburg Post, was recently named the recipient of the 2019 Moss-Holland Army Civilian Writer of the Year Award.

O’Connor received the Army-wide award for his work as the assistant editor of The Pointer View newspaper at the U.S. Military Academy at West Point.

His submitted articles included a feature on West Point graduates currently serving as NASA astronauts and a story on Native American cadets at the academy. His work can be found at WestPoint.edu/News.

O’Connor was with The Vicksburg Post from March 2017 to June 2018, when he left to join the staff at West Point. Recently, O’Connor was named public affairs specialist with the Natural Resources Conservation District in Indianapolis, Ind.

The U.S. Army Corps of Engineers Vicksburg District is providing material and technical assistance to communities across the Southeast in... read more