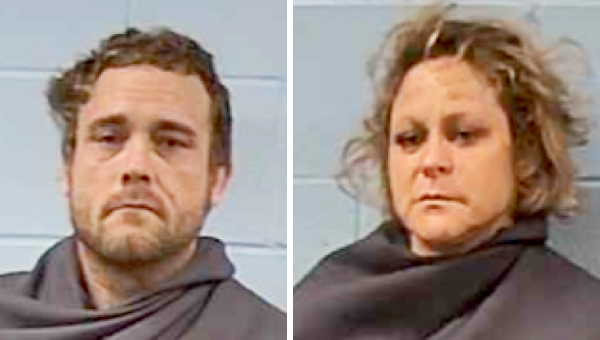 At around 3 a.m., officers stopped a vehicle on Warrenton Road that appeared to be swerving. After stopping the vehicle, and in talking with the driver, officers noticed a baggie on the dashboard in front of the passenger containing what appeared to be a controlled substance.

A search of the vehicle revealed more baggies in the vehicle. In all, 14 grams of methamphetamine and a half gram of cocaine were recovered.

The driver, Dwayne Searcy, 37, of Mangham, La, was arrested and charged with possession of methamphetamine with intent to distribute and possession of cocaine, as well as misdemeanor traffic citations.

During an initial court appearance Friday, Searcy received a $90,000 bond and had his case bound over to the grand jury.

The passenger, Joni Ashley, 38, of Winnsboro, La. was also charged with possession of methamphetamine with intent to distribute and possession of cocaine.

Ashley also received a $90,000 bond during her initial appearance and her case bound over to the grand jury.

Nikirah Bridges, a Vicksburg native, and a junior at the University of Southern Mississippi, was recently selected to participate in... read more