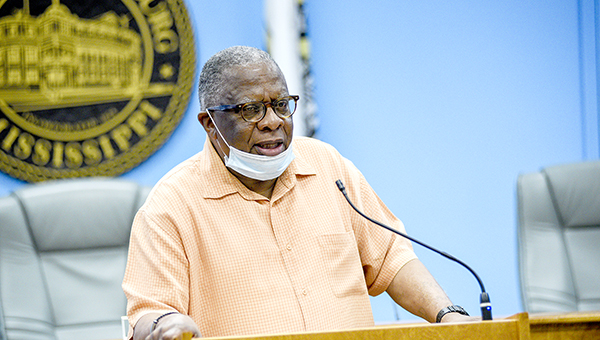 Mayor George Flaggs Jr. Friday announced he is easing restrictions on barbershops, beauty salons and similar businesses, allowing those businesses to return to the hours of operations in effect before May 12.

Flaggs’ announcement came at a press conference Friday afternoon where he extended the city’s emergency issued June 1 through Oct. 5 beginning Tuesday. Flaggs said the barbershops, beauty salons, other personal care and grooming facilities and pet groomers are exempt from some of the provisions of the order.

The mayor said the decision on the personal care and grooming businesses came after researching COVID-19 statistics.

“We have looked at these numbers and we believe that this area is working very effectively,” Flaggs said.

He said, however, the businesses will continue following the same regulations as other city businesses involving social distancing, wearing masks inside and sanitizing furniture and other equipment.

Restaurants and bars will continue operating at 50 percent capacity and gatherings will remain restricted to 10 people indoor and 20 for outdoor gatherings.

He said the special law enforcement task force is working.

“We evidence that the crime statistics are down, the 911 calls reflect it and the kinds of cases that are being reported reflect it,” he said. Under the task force policy, 11 officers supervised by a deputy police chief and a watch commander work 12-hour, 7-to-7 shifts Thursday through Sunday.

“We’re going to let that go for another 30 days,” Flaggs said.

Concerning the emergency order, he believes the city’s businesses are 98-99 percent in compliance with the provisions of the order.

“We do have a concern about the hotels,” he said, adding city compliance officer Tabitha Martin-Crawford will be out during the weekend working with people on the guidelines for parties.

Martin-Crawford, Flaggs said is out checking with businesses on compliance.

“It’s an educational process. We’re not out there trying to put anybody out of business; we’re not here trying to stop anybody’s business. We’re just trying to make certain that they govern themselves according to the order,” he said.

“I just think everyone doing what they should,” Flaggs said. “I think we’re doing it in Vicksburg; I think the numbers reflect that. It’s my goal to leave the masks and social distancing in place as long as we possibly can because it’s working.”

It’s too important: Residents urged to self-respond to 2020 Census

If you are a student looking for scholarships, the census is important to you. If you are a parent whose... read more