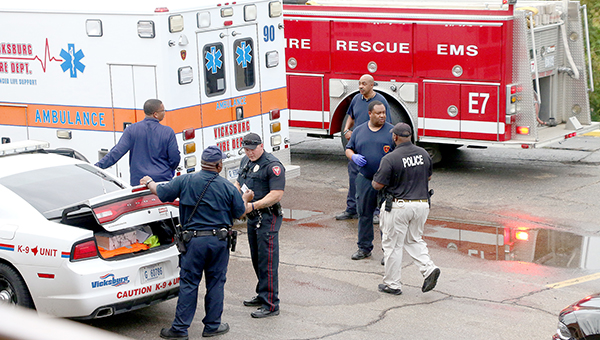 Two men accused of killing a third man at the Days Inn, 90 Warrenton Road have been indicted for murder.

They are accused of the Oct. 30, 2019, shooting of Moses Ellis, 23, in a room at the Days Inn. The pair were initially charged with aggravated assault but the charge was upgraded to murder after Ellis died.

According to reports from the Vicksburg Police Department, the shooting occurred at about 3:45 p.m. Oct. 30. Officers responding to a call of an aggravated assault at the Days Inn found Ellis suffering from a gunshot wound to the neck.

They are being held without bond in the Warren County Jail. A juvenile who was with them was not charged in the case.

Ellis was transported by ambulance to Merit Health River Region and then taken by air ambulance to University of Mississippi Medical Center where he died Nov. 7.

According to police, witnesses provided the description of a vehicle that fled the scene. The vehicle was later spotted by officers and stopped at the intersection of Washington Street and Morgan Lane.

Three people in the vehicle were detained for questioning by investigators, and officers recovered a 9 mm handgun that was in plain view in the vehicle.

Authorities believe the handgun was the one used in the shooting.

In another case, three people were indicted on multiple counts involving a Feb. 11 incident in which shots were fired at a home in the 100 block of Irene Street.

Carissa Branch, 22, 128 Alfred St.; Kenan Jackson, 17, 201 Alfred Drive; and Deontre Michael Smith, 19, 301 Drusilla Lane; are each charged with three counts of aggravated assault, one count of shooting at a motor vehicle and shooting into a dwelling.

Other grand jury indictments include:

• Aliyah Ray, 20, 129 Fleetwood Drive; aggravated assault-domestic violence. Ray is accused of cutting a man in the arm with a knife.

• Shcobey Harris Wildee, 22, 1607 Lane St.; domestic aggravated assault. He is accused of strangling a woman with whom he had a relationship.