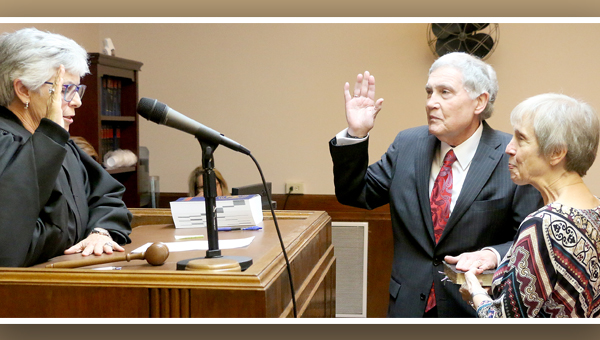 Harper announced his resignation in a letter Monday to Warren County Board of Supervisors President Dr. Jeff Holland.

Harper’s letter to the board dated Sept. 14 was one sentence: “Please accept this letter as my resignation as Warren County Prosecuting Attorney effective September 14, 2020, at 5:00 p.m. Sincerely, Ken Harper.” No reason was given.

Holland said Harper’s resignation will be discussed at the supervisors’ meeting Monday.

“Assuming that the board accepts that resignation the process going forward would be to appoint through some selection process an interim for Ken Harper’s position until a special election can be held,” Holland said.

Holland said the process to select the interim prosecutor has not been determined by the board.

Warren County Election Commission Chairwoman Sara Dionne said according to the Mississippi Secretary of State’s office a special election will be held Nov. 2021.

“I would be glad to reassume my services if the county sought them,” Johnson said.

An attempt to contact Harper about his resignation was unsuccessful. As county prosecuting attorney, Harper served as prosecutor for criminal cases in the county, justice and youth courts. He also represents the state in cases appealed from the county court to circuit court.