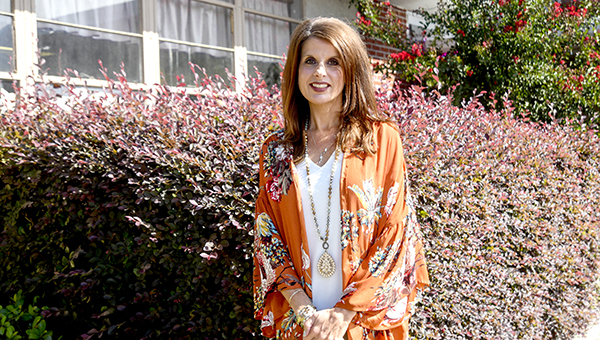 Bovina Elementary Principal Miki McCann was named the Vicksburg Warren School District's Administrator of the Year in January. An event celebrating the honor was scheduled for March, but was canceled due to COVID-19 virus concerns. This is the third time McCann has received the honor. (Courtland Wells/The Vicksburg Post)

For the third time, Bovina Elementary Principal Miki McCann has been named the Vicksburg Warren School District’s Administrator of the Year.

McCann, who has been principal at the school since 2008, said she was surprised upon hearing she had received the award again. She also won it in 2011 and 2016.

She said she had been informed of the honor in January, and a recognition ceremony had been scheduled for March. But due to the COVID-19 pandemic, it was canceled.

“But it was a nice surprise and honor to receive the award again,” she said.

McCann credited her teachers, staff and parental support for the honor.

“Our parents have been amazing and super supportive,” McCann said. “And I can’t take the credit for hardly anything we do, because without the staff around me and the extremely motivated and dedicated teachers, we would not be successful.”

Mari Taylor, who is the school’s secretary and has worked with McCann for 20 years said, “She is the best.”

“Her structure and passion for the kids reaching their greatest potential,” Taylor said, is what makes McCann deserving of the honor.

Taylor added that McCann also expects the best from the kids and the staff which, in turn, motivates everyone.

Megan Carney, a fifth-grade teacher at Bovina, referred to McCann as a “great leader.”

“She always supports her teachers and makes sure we have everything we need to be successful,” Carney said, whether it’s materials, support or professional development aid.

McCann also makes sure everyone feels like they are part of the family at Bovina.

“We are such a small school, so it’s more like a family atmosphere so she really tries to make sure everybody feels that,” Carney said.

McCann has been with the VWSD for 23 years and is pursuing her doctorate in educational administration at William Carey University.

Prior to her 12 years at Bovina, McCann was a third- and fourth-grade teacher at Redwood Elementary School. She also served as an administrative intern at Beechwood Elementary and was an assistant principal at Vicksburg Intermediate.

McCann is a member of many community service and professional organizations.

In addition to being named the VWSD’s Administrator of the Year three times, McCann’s awards and accomplishments also include receiving the Governor’s Award of Distinction in 2014 and completing the Vicksburg-Warren Chamber of Commerce’s Leadership Vicksburg. She was also instrumental in helping make Bovina one of the first Lighthouse Schools in the state.