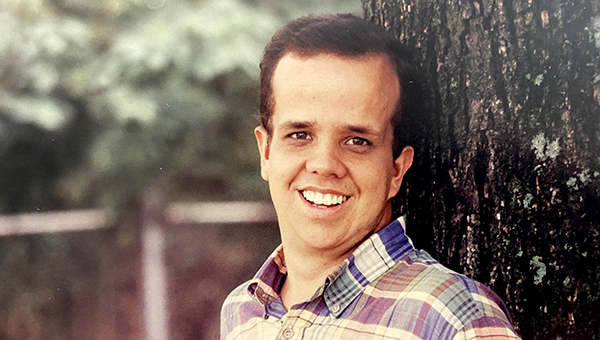 His mother, Dell, said when he moved into the Shady Lawn nursing home, he got to know almost everyone there, even the staff.

“I could be out somewhere and they would say, ‘Hey Park’s mother,’” Rogers said.

Park died Tuesday at the age of 50.

Born with neurofibromatosis, Park’s life had not been one of ease, but one would not have known it by his attitude.

Neurofibromatosis is a genetic disorder that causes tumors to form on nerve tissue. The tumors can develop anywhere in the nervous system, including the brain, spinal cord and nerves.

“He was just a brave soldier, a perfect gentleman and he always had a smile on his face,” family friend Penny Varner said.

Over the course of his life, Dell said, her son underwent anywhere from 15 to 20 surgeries, beginning when he was 9 years old, to remove the tumors that were causing sometimes life-threatening complications.

“He had to have one tumor removed that was in his throat,” Dell said.

Some of Park’s tumors grew outside of his body, but this physical challenge only seemed to make him that much more compassionate to others.

“You can physically not be perfect, but you can be a perfect person,” Dell said of her son. “Park was kind to everyone. He always treated everybody the same.”

Family friend Corin Morrison said Park had gone out of his way to be a good neighbor.

“We owned two rental properties next door to Park and he not only checked on us but took care of our renters,” Morrison said. “He would take their garbage pails back up to their houses while asking for nothing in return.

“One time, a renter was out of town and a large package had been delivered to her house. It had started to rain and Park didn’t want the package to get wet so he took it to his house,” she said. “The package was the young woman’s wedding dress. She was absolutely blown away by his thoughtfulness.”

At the church’s annual turkey dinner fundraiser, Hunt said, “Park was willing to do anything I asked him to do. He wanted to help and he looked forward each year to me asking him and this meant a lot to me.”

Condolences and attributions on Facebook have poured in for Park and his family.

Sally Bullard, who is the owner of Main Street Market, said this about her former employee:

“My life is so full of lovely people, generous people, kind-hearted caring people. I am at a loss sometimes to let them know just how much I love them and appreciate them,” Bullard said. “Today one of the kindest folks I know has passed. Chris and I were fortunate enough to have our youngest at Small World with Dell Rogers and we got to know Park and then he came to work with us. Park was kind, thoughtful and struggled but overcame so much. He never let you know that sometimes the cards are stacked against you.”

In the end, it was not Park’s physical ailments that will be remembered.

“Everyone who knew Park loved him and his neighbors called him the ‘Mayor of Washington Street,'” Morrison said. “His beautiful smile and big heart will be remembered by all of us.