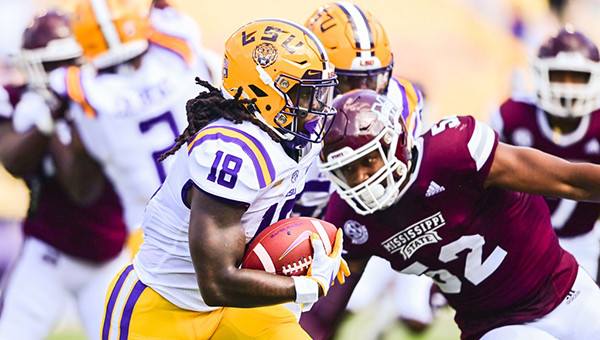 Costello’s passing yardage in his first game since transferring from Stanford to Starkville eclipsed the 544 yards Georgia’s Eric Zeier had against Southern Miss in 1993 to set the SEC record. The Mississippi State record had been 508 yards, by Dak Prescott against Arkansas in 2015.

Costello completed 36 of 60 passes. He set school records for both completions and attempts, and tied the single-game touchdown record. The previous record for attempts in a game, 53 by Joe Reed, had stood since 1970. Coincidentally, it also came against LSU. 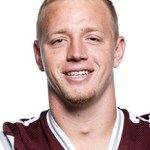 And Costello needed most of it to make up for his two interceptions and two lost fumbles, which helped LSU rally to tie the game at 34 before he engineered a pair of scoring drives in the final 10 minutes. He had a third fumble overturned by a replay review in the fourth quarter — the ruling was changed to an incomplete pass — and the Bulldogs wound up scoring a touchdown later in the drive. Costello was also sacked five times.

LSU became the first defending national champion to lose its opening game since Michigan in 1998 lost at Notre Dame.

LSU quarterback Myles Brennan intermittently showed promise in his debut as starter in place of 2019 Heisman Trophy winner and 2020 top NFL draft choice Joe Burrow. But Brennan’s 345 passing yards and three touchdowns could not make up for the trouble the Tigers’ inexperienced defense had in new coordinator Bo Pelini’s scheme.

Four of Costello’s touchdown passes covered between 24 and 75 yards. The longest came on Kylin Hill’s catch and run in which the running back slipped safety Todd Harris’ tackle along the sideline to break into the clear. Osirus Mitchell caught touchdown passes of 43 and 24 yards, the second putting the Bulldogs back up by two scores with 3:39 left. Tyrell Shavers caught a 31-yard touchdown pass and Austin Williams had a 9-yard TD catch.

Three receivers — Mitchell (183), Hill (158) and JaVonta Payton (122) — surpassed the 100-yard receiving mark. It was only the second time in school history that the Bulldogs have achieved the feat. Joe Morrow, De’Runnya Wilson and Fred Ross each had 100-plus yards in the 2014 Orange Bowl against Georgia Tech.

Terrace Marshall Jr. had touchdown catches of 37 and 33 yards, while freshman tight end Arik Gilbert leaped in front of a defender to turn Brennan’s desperate throw as he was going down into a 2-yard score.

LSU played without two of three returning starters on defense, including one of the top players in the nation. All-America cornerback Derek Stingley, who also returns punts, was hospitalized overnight Friday after unexpectedly falling “acutely ill,” LSU said. LSU spokesman Michael Bonnette emphasized that the illness was not COVID-19 and added that Stingley was expected to rejoin the team after being evaluated by physicians.

Senior defensive tackle Glen Logan also was scratched from the lineup unexpectedly. Sophomore Cordale Flott and freshman Eli Ricks started at cornerback for LSU. Flott was beaten on MSU’s first TD and Ricks on the second. Freshman Joseph Evans started for Logan. All of those absences were on top of the loss of 14 players selected in this year’s NFL draft.